Life before the Internet… First POW – I’m on the left holding the guy with my back turned. Franks is on my right. Byrd kneeling facing the camera. This guy was hiding in a bunker and we almost shot him when he emerged – he wouldn’t put his hands up, so I tackled him to the ground and we searched him (where his stuff is lying). When we stood him on his feet, my commander came up and handed him his canteen to drink from. It was Kool-aid. The look on the prisoner’s face was priceless as the Koolaid dribbled from his mouth. We fed the guy and placed him in a makeshift POW holding area. That evening we had over 250 of them, and it was only me and my guys dealing with this. This is what it looked like when we caught up with the Iraqi Republican Guard. This tank was trying to flee, but it was just hit by the M1 on the left. This is actually two American M1 Abram Tanks burning. You can see my APC’s (Armored Personnel Carrier) tracks as we were about 20 meters from where they were hit. We zipped to the right and turned facing them, and watched them burn all night into the morning. The guys supposedly got out okay. This is what northern Kuwait looked like when we got there. I spent about three months dicking around in this area and in southern Iraq near Basra. This is me – burning up shit south of Basra, Iraq. And this is what it looks like getting blown up. This is what I did for about three months after the ground offensive had ended. Every day we conducted “clearing missions” searching for bunkers and ammo depots and blowing the crap out of them. The amount of munitions we found were endless. And sometimes we’d find cool things (or nasty stuff) in the bunkers as well.

We spent five months in the desert, living in our tracked vehicles, or in small tents. In the movies, deserts look sandy – this desert was just plain dirt and flat as hell. There were no women, no beer, and no rest. And for an armored unit stationed in Germany, this was pure hell. When I flew back to Germany in May, I never realized there were so many shades of green. May 3rd 1990 was one of the best days of my life. 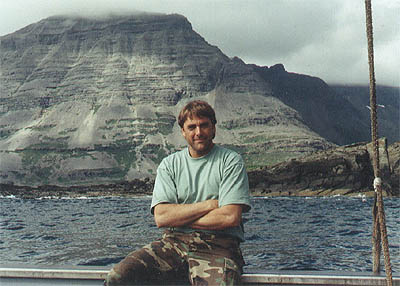