Two six-figure wins in a week

The Royal Panda online casino has announced unfortunately very brief details of the extraordinary good fortune of one of its players over the period of a single week, reporting that just a few days after joining the casino a player identified only as Scott scored a GBP 125,000 win.

The press release does not indicate what the stake was or on which game Scott was playing when he struck it lucky with a win that most punters can only dream about.
However, it appears his good luck continued, and within the week Scott enjoyed another significant win, this time GBP 178,000 playing for an unknown stake on the exclusive high-limit Royal Panda Live Roulette table.

Regrettably, details are absent from the material pumped out by the online casino, and InfoPowa has no information on how Scott plans to use his double windfall of over GBP 300,000.
The Malta-licensed operator offers live dealer action powered by Evolution Gaming, and RNG products from quality providers like Microgaming, NetEnt and Rabcat. 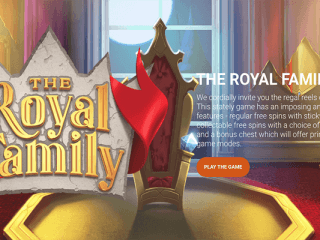 For the second time

Betsoft's Latest Online Slot Just A Week Away From Launch

Yak, Yeti and Roll is the new winter-themed online slot due release on December 14