Former CFO has been steering the ship since December

The board of directors of Cherry AB has confirmed Frederik Burvall in the chief executive post and as president of the company with immediate effect.
The former CFO, who joined Cherry nine years ago, was appointed acting CEO in December last year (see previous InfoPowa report).
Chairman of the board, Rolf Åkerlind, said in a statement:
"Fredrik Burvall has showed a strong drive and passion for the company during his years as CFO and Vice President. Furthermore, he has a vast knowledge of the gaming industry.
"Cherry made some management changes in December 2014 and the combination of strengthening our Malta organization and Fredrik's experience will result in a group management that will help Cherry to reach profitability with continued strong growth."
Prior to Cherry, Burvall held various senior positions at Ericsson and Modern Times Group. He is 42 years old, holds a degree in Business and Economics and has an MBA from Stockholm University.

Cherry C.E.O. Dismissed By Board Of Directors (Update)

Acting CEO appointed to permanent position by the Board The Cherry AB group has announced that acting CEO Anders Holmgren has been permanently appointed to the position of chief executive by the board of directors with immediate effect. Holmgren is currently a board member of Cherry AB and Yggdrasil Holding Ltd, and has been acting CEO of Cherry AB since January 2017. He will resign as a member of the board of directors as a result of his new position

Fruitless nine-month search for a replacement for previous leader James Henderson According to reports in the Financial Times Wednesday William Hill plc is about to confirm acting CEO Philip Bowcock as permanent chief executive, following a fruitless nine-month search during which the UK bookmaker has reportedly been rebuffed by several external candidates. Among those approached to take the helm were GVC's Kenny Alexander, Mark Brooker, the former chief operating officer at Betfair, and Andy McCue, former chief executive of Paddy 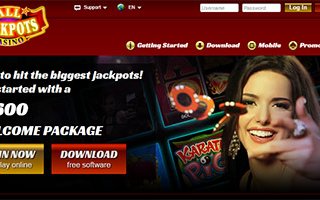