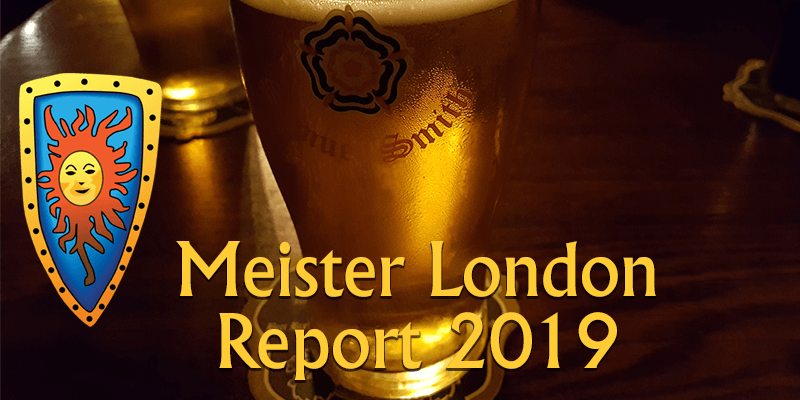 We left the KGC meeting and wandered off to the LAC – still a little stunned about the news about Brian Cullingworth. Max and I obtained our credentials – his for Casinomeister; mine for Shitholecasinos.com, and meandered into the fun side of the island at the Excel.

Our first stop was by Videoslots to see what the f*&% was up with the horrible way they are computing their rev share pay. There was already an uproar over this in the affiliate realm and had spilt over into our side of town: Videoslots MASSIVELY Shaving Affiliates

I spoke to one of the affiliate managers who explained how this worked, there are a load of administrative fees that affect the monthly earnings for affiliates, but they justify this by claiming that their player retention is longer than average so you are still getting about the same as if that player bailed after 60 days or whatever the average player retention time is now.

In my opinion, this formula that explains fees needs to be apparent and upfront – it ought to be included with check box when you agree to their terms. The person I spoke with was pretty sure it was at some point listed on the site but had been removed for whatever reason – new site layout/relaunch. I don’t know.

But what I do know is that this needs to be “in your face” when signing up. Or just take a CPA deal – there you don’t need to worry about figuring this all out.

We met up with Trada Casino reps who were wandering the floor, Legends Casino group reps, and a number of others.

tyLegends Affiliates – Best Affiliate program 2018What seemed of interest to folks was my new beard which is a hit or miss with a load of people – ha. I am sure by the end of this week I will take a gander and make a decision of my own. I have a daughter who dyes her hair a different color of blonde, pink, or mermaid purple a few time a year. Me – I grow a beard.

So here I am with eight weeks, going on nine weeks of beardiness. It’s great until you have a runny nose or eat a sloppy burrito. I actually got some nice compliments – even some strangers saying that I looked so distinguished. Woo woo.

Voice from the past: London Report 2014:

The beard: I’ve been coming to these conferences for well over a decade, and since I have a rather high profile I’m easily recognizable. Not so this tour. The beard was a refreshing cloak of anonymity. But for some people, after a double take – they identified the bearded one.

The Paddy Power Guinness Bar gathering point has become an oasis of sorts, and it allowed us to partake in a few meetings – some planned, some fortuitous, some uncomfortably awkward.

One interesting conversation was with a bloke with an American accent who was working out of Israel. He was pushing “binary options” but I told him that it wasn’t my cup ‘o java, and that I was thoroughly disinterested. He was cool with this, but then he began talking about some of the other things he’s done. When he mentioned a well known rogue operation, my ears perked up. He said he had nothing to do with the management of this rogue outfit (he was involved in other ways), but was totally convinced that they were real crooks. He didn’t need to persuade me – I had already been indoctrinated into this opinion years ago. He explained to me how the owner had thrown (or had a guy thrown) out of a window of all things. I explained to him that it didn’t surprise me in the least, and that I was aware of a number of non-casino related scams this guy was perpetrating. I’m looking forward to the day when this guy is shut down for good. In the meantime, players (and affiliates) should familiarize themselves with the Rogue Pit and the current awards. If you stick to the Accredited Casinos, you will eventually undermine those who are the antithesis of ethical behavior.

That evening, we had a wonderful dinner at the Shoreditch House thanks to Intertops, Deckmedia, and Legends Affiliates. It was a really nice meal – over 100 guests – and the food came fast and it was pretty good. No photos though since there were loads of celebrities around and no one wanted to have any selfies. So yeah, I had a conversation with George Clooney – joking about how Brad Pit was a train-wreck on the set, and that he doesn’t have a chance to work with the Coen brothers again – they were there as well. Brad confided to me that it was George who is a train-wreck to work with “He thinks he’s so great – he can’t even bench press his own weight,” he said. Oh well, I’m guessing this is something they are going to have to work out on their own. Too bad it was in a no-go zone for photos. Opportunity missed there.

LAC Day II was actually quite relaxing. I met up with a number of old friends and acquaintances while Lady Jelena made the rounds as my accounts manager meeting up with loads of current casino reps and potential Baptism By Fire candidates – and a whole hell of a lot of casino properties who need reviews up in the Grey Zone. So many that I need to finish up this newsletter in order to get this done. Please stay tuned for that.

One person I ran into was Ryan Levene, the affiliate manager of Affiliate Edge. Affiliate Edge detagged scores of players from affiliate accounts. I told this guy that if he values his reputation in the least bit he needs to bail from these ethically challenged folks. We have proof that players have been detagged from affiliate accounts – solid undeniable evidence. Some of it is in screen shots located here. Some of it is elsewhere. Nonetheless, you would have to be mentally deranged to do business with these guys – Affiliate Edge.

One thing was noticeable, there was a lack of people around the Paddy Power Guinness bar. Each year it’s elbow to elbow – but by 17:15 I was recruited to pour my own beer. But no worries, it tastes good just the same.

That evening was the iGB awards. I was promised that it was different now – it’s a relaxed atmosphere, no dog and pony show – just some people hanging out and divvying up awards. Well how wrong was that?

I never received an invitation, so I arrived just as it started and ended up paying £5 for a bottled Becks beer. What the hell? so I lasted five minutes and we were gone like the wind heading to the nearest pub. One thing we missed though was the award given to Mr. Ian Sims (Simmo!) who received an award for “Outstanding Contribution to the Industry.” Good going Ian!

Saturday came soon enough – the week was winding down and you could tell it was taking its toll on some folks. Intertops Survivor Session was at the Dickens Pub near the Tower Bridge hotel and it was a nice relaxing atmosphere of watching the rugby match between Scotland and Ireland, and some good old fashion poker. Thanks to Intertops, these events are memorable.

And another year’s London report came to a close. Once again I am grateful for knowing so many awesome people in the industry – there are some truly wonderful people. And thanks, dear reader, for joining me vicariously – it’s for you that I make these treks to London and across the globe.