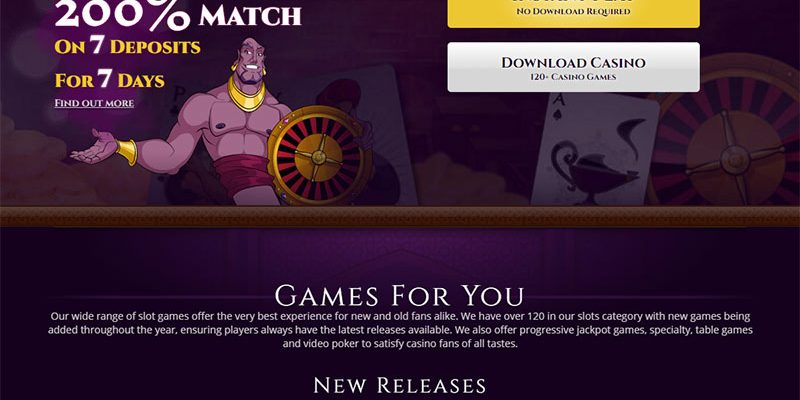 The Casinomeister online gambling information portal’s annual awards for 2016 have been released, with webmaster Bryan Bailey giving his usual amusing and often biting commentary following a survey of the site’s players and a review of the forum and dispute resolution services operated by manager Max Drayman.

As usual, the awards cover a swathe of categories from best and worst casinos and managers, all the way to evil players, good and bad operating groups, good and bad forum members and the top casino rep in responding to player concerns and enquiries… InfoPowa even gets a (positive) mention!

The flagship award is of course Best Casino, which this year went for the second year running to Videoslots.

In Bailey’s words: “They have been consistent in their dedication to the online community – specifically their players and their marketing partners.” Other attributes have been efficiency and courtesy at all points, innovative thinking and impressive integrity.

In stark contrast, and lacking any of those advantages, is Worst Casino of 2016, a dubious appellation which was earned by Euromoon this year, shamed as a rogue and one of the worst Bailey has encountered in 19 years in the industry.

From pirated NetEnt software (since addressed) to falsehoods and ultimately a refusal to communicate, this casino’s management seems to have the wrong attitude for success and not a lot of respect for the player community.

The Affpower Casino Group, which is associated with Euromoon shared the casino’s notoriety. This dodgy firm’s citation reads:

“Affpower rips this award right out of its dodgy competitors’ hands. They can pride themselves in running probably the most corrupt casinos in the business – perhaps of all time. Their order of silence during the Euromoon Casino fiasco is tantamount of casino operators who either have lost their minds, their ethical compass – or they are the epitome of a nefarious business.

“To be concise – this group was running several casinos that had installed pirated software. When questioned about this, they remained silent – and their licensing jurisdiction was in tandem with this scandalous operation. Not a single player was notified that they were playing illegitimate games; and their affiliate program went along with this as if it were just another day in cowboy-town.”

On the other and more positive side of the coin is Best Casino Group, which went to Gaming Innovation Group – parent to Guts Casino, Rizk, and Betspin – three highly regarded, high scoring, player-focused and integrity driven online casinos.

The GIG citation lauds the group casinos for solid management, fast pay-outs, and a proper sense of business ethics that includes acknowledging any flaws and moving to fairly address same.

New online casinos are always welcomed – if warily – by most players, and this year’s choice for Best New Casino was GIG’s Rizk Casino which scored in terms of efficiency, honesty, transparency and active communication with the players.

That ability to consistently communicate with the players and maintain operational efficiency also earned Rizk manager Dan the Casino Manager of the Year, a widely player-applauded award in a long list of the good, the bad and the ugly.

Again by contrast, the Worst Casino Manager brickbat was handed to BetSocial, a TotaleSoft powered operation which became notorious for blowing off players by referring them to TotaleSoft, which showed absolutely no interest either, establishing a useless and frustrating not-so-virtuous circle that withheld player payments and aided and abetted unjustified confiscations.

On a lighter note, the Stupidest Named Casino for 2016 was Bumbet, a title which triggered a riot of internet memes and ridicule.

Staying positive, the Best Casino Rep of the Year was well-earned by the 32Red forum representative Mark – a constant, knowledgeable and helpful presence much appreciated by the player community. 2016 represents the second consecutive year Mark has achieved this award, illustrating a praiseworthy consistency of effort.