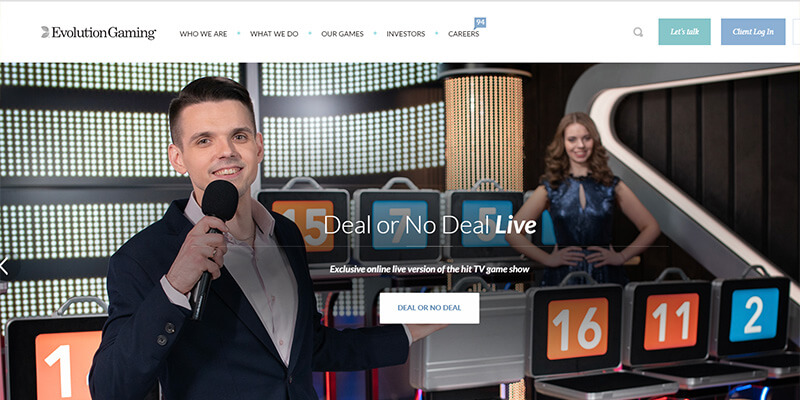 In the last few years, live dealer casino gaming has become increasingly popular. We’ve seen millions of players from around the world flock to these games – and the reason why, is relatively simple.
Live dealer games allow you to experience the thrill of playing within a land-based casino, from your own home. The games are streamed live to your device, and you can watch as the game unfolds in front of your very eyes.
Naturally, a number of game developers have started to offer live dealer games. Some – like NetEnt and Playtech – added live casino gaming to their current range of games. Other companies sprung up exclusively to offer games, and Evolution Gaming are the best-known of these live casino specialists.
Founded in 2006, Evolution Gaming specialise in providing players around the world with high-quality live dealer games. They’ve achieved incredible success – particularly in Europe – and today, they power over 400 casinos. In fact, most of the world’s top casinos (and many of the Accredited sites here at Casinomeister) use Evolution Gaming exclusively to power their live casinos.
In this Evolution Gaming review we’re going to be taking a close look at who the company are, which games they offer, and some of the reasons why you should consider playing them. Let’s begin by taking a look at their software platform.

All of Evolution Gaming’s live dealer games are built using HTML5 technology. In fact, Evolution have never offered non-HTML5 games. From their very beginning, they’ve focused on giving players games that can be played anywhere. So, in order to play, you don’t need to download or install any pieces of software, and all their titles can be played from mobile devices, too.

Unlike many of the developers who offer live dealer games, Evolution Gaming have taken things one step further – and they have developed a number of exclusive games. Below, we’re going to take a look at some of these exclusives.

Lightning Roulette: Lightning Roulette is one of Evolution Gaming’s most well-known games, and it’s a Roulette – with a big difference. On each spin, between one and five numbers are randomly selected to be ‘lucky numbers’. These numbers can then pay up to 500/1! Of course, this makes it incredibly lucrative to hit one of these numbers, especially if the multiplier is as high as 500X. To compensate for this change, all other straight-up number bets pay 30/1.

Dream Catcher: Another ‘first’ for the developer, Dream Catcher is based loosely around a Wheel of Fortune type of game. While playing, you can place bets on the numbers 1, 2, 5, 10, 20, or 40. These numbers pay respectively – so, for example, $1 on 40 would return $41. Where things get really interesting is with the multipliers. There are two multipliers on the wheel – 2X and 7X. If a multiplier lands, the wheel is re-spun, with the multipliers applied to any prizes.

Monopoly Live: With the success of Dream Catcher, it wasn’t long before Evolution Gaming decided to release a ‘follow-up’ game – and Monopoly Live is their answer. Monopoly Live is a really exciting game, based loosely on Dream Catcher. The big difference, however, is that instead of the multipliers there a ‘2 and 4 rolls’ notches on the wheel. If the wheel lands on one of these notches, you’ll enter a bonus round, where you work your way around the Monopoly board! 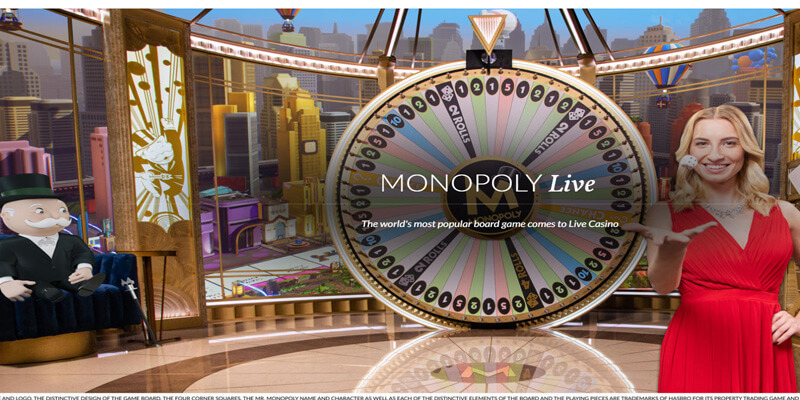 Football Studio: Football Studio is yet another highly unique game from Evolution, and it makes up part of the developer’s new range of games known as ‘Top Card’. Basically, two cards are dealt and you simply need to bet on which card you think will be higher in value. If you’re right, you win – it’s that simple! Football Studio is accompanied by a host of realistic sound effects, and it’s fair to say it’s one of Evolution’s more engaging releases to date.

The above is just a fraction of the games that Evolution Gaming offer. They provide a wide variety of Blackjack, Roulette and Baccarat tables. Furthermore, Evolution Gaming allow operators to build exclusive tables. What this means, is that Evolution Gaming run the games and provide the dealers – but the tables themselves are styled using the casino’s logo and branding. It’s basically a much more affordable method of casinos creating their own live dealer casino without the hassle and costs attached.