Burnbet – besides winning the accolades of stupidest named casino – Burnbet is the worst casino of the year 2017. Besides running 2winpower software which has cheating unlicensed games stolen from Novomatic, NetEnt and Microgaming – and besides their non-payment of winnings to a myriad of players, and besides taking bets from players in the UK without a proper UKGC license, these guys send death threats to people who report on their misdeeds.

It was reported by LatestCasinoBonuses in July 2017 that Burnbet was burning players. Yikes!! They reported on their findings that Burnbet was using pirated software – and we went ahead and did our own investigation just to corroborate what the folks at LCB had found. Yep – fake games.

It was about this time that the staff at LCB received death threats by these douchebags. This is all detailed here: LatestCasinoBonuses receives deaththreats from Burnbet Casino

What a-holes. It’s pretty sad when it is a fact that casinos will make a profit by using properly licensed software, and practicing accepted ethical business standards. The folks at BurnBet feel that they need to cheat in order to win. Worst Casino of the Year 2017.

Worst Casino of 2017 Runner up

Winner.com for their unethical rogue terms and conditions – entrapping “winners” of progressive jackpots by paying them less than 10,000 Euros per month. If you win a progressive jackpot of several millions, you don’t want to win it at Winner.com because they will take decades to pay.

These snakes in the grass hope that players don’t read their terms and fall victim to this scam. Most big winners play their winnings back – so the only winner here is the casino.

And it’s pretty sad that nothing has been done about this. Licensing jurisdictions don’t give a hoot. Neither does Playtech – a publicly traded company – who in fact have told me personally that they were not interested in dealing with this. And then there are the affiliates who pedal these rogue outfits. Scammers who are indulging in the scam. 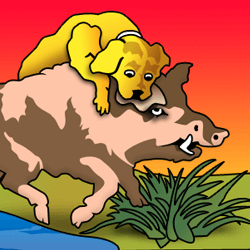