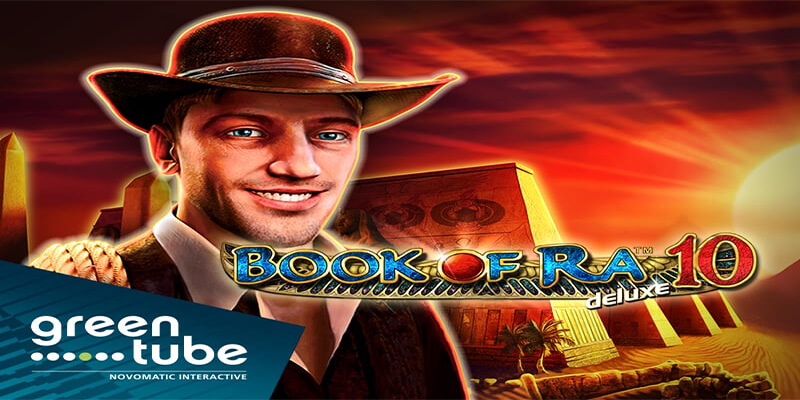 Novomatic subsidiary Greentube, who are responsible to porting over all Novomatic casino games to the online environment, have announced that the popular Book of Ra Deluxe 10 is now available to all their B2B customers. Thus meaning Book of Ra Deluxe 10 can be enjoyed by players who frequent those online casinos that carry game content from Greentube.

From the Press Release that was issued by Greentube earlier this week on Monday 25th November: “The Book of Ra™ series has continued to take the slots experience to exciting new levels ever since the first edition launched.”

“Now, Greentube has raised the bar even further with the release of Book of Ra™ deluxe 10, taking players on another unprecedented adventure to the mysterious Pyramids with the slot’s brave explorer.”

“The new addition to the series is bigger and bolder than ever before, with twice the number of reels to double up the excitement factor.”