Casinomeister® is a certified ADR in the EU

We have been processing complaints regarding online casinos since the late 20th century. It is now that we’ve decided to crank this up a notch and become certified arbitrators in the EU – to include the UK.

So we are now certified by the Chartered Institute of Arbitrators, which means we are recognized as official arbitrators, and that players can be certain that their issue will be handled professionally, ethically, and fairly – which is actually our standard operating procedure since our first complaint. 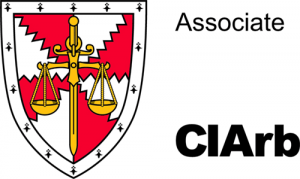 Bryan Bailey is an Associate Member of this organization.

London is widely recognized as a world center for international dispute resolution and the CIArb — the Chartered Institute of Arbitrators — is one of several internationally-recognized arbitration institutes based there. Others include the Centre for Effective Dispute Resolution (CEDR, cedr.com), and the London Court of International Arbitration (LCIA, lcia.org).

The CIArb was originally known as The Institute of Arbitrators and was founded in 1915. Its aim was “to raise the status of Arbitration to the dignity of a distinct and recognized position as one of the learned professions”. Membership in the early years was between three and four hundred.

“Membership currently stands at approximately fourteen thousand individuals, half of which are overseas. During the 1980s the increase in membership numbers led to the creation of branches in the UK and overseas, so that members who wished to play an active part in the Institute’s affairs would be able to do so. There are now a growing number of branches across all six continents.” (ciarb.org/about/history)

UKGC
As readers probably know the UKGC requires the casinos they license to name a specific dispute resolution body — an ADR — to handle player disputes in those cases where the player and the casino cannot settle the dispute themselves.

In the early days, there appeared to be enough problems with that process — including onerous demands on the ADRs to disclose personal details and initial indications that player facing sites like Casinomeister were not welcome to participate — that we decided to opt out for the time being. Thanks to the hard work of ThePogg — he worked for several months with the UKGC people — that all changed earlier this year when ThePogg was named as the first player-facing ADR to be accredited by the UKGC. That signalled to anyone watching that the UKGC was willing to work with player-facing sites like ours; our interest in the UKGC process increased considerably from that point on.

There are three important things to note here regarding the UKGC rules for ADRs:

Being an accredited ADR by the UKGC means they are recognized by the UKGC as being qualified to hear and rule on a player’s case. That said, dispute Arbitration is an important and international service which is recognized by governments around the world, largely driven by the need to settle disputes in international trade and construction contracts. The UK has long been a world leader in dispute arbitration — the first English arbitration laws were written in the late 1600s — and several of the oldest and most respected arbitration institutes are based in London to formally train and certify internationally recognized arbitrators. These include the Centre for Effective Dispute Resolution (CEDR, cedr.com), the London Court of International Arbitration (LCIA, lcia.org), and the Chartered Institute of Arbitrators (CIArb, ciarb.org).

As of 1 August 2016, Casinomeister is listed as an applicant for their recognized ADRs of the UKGC.

What the PAB (Player Arbitration) is:

What the PAB is not:

What makes the PAB service different than other “complaint” services?

We are not limited to certain software providers, licensing jurisdictions, casino groups, or any other impediments – we can handle any complaint for anyone. Casinomeister has been a respected business since 1998, and we have contacts ranging from front-line supervisors – to owner/operators – to software providers and representatives of licensing jurisdictions. Many of these people we have met in person – sometimes frequently. In essence, we have the ability to contact the right people, and to give the right advice when advice is needed.

On the right column of this page, you will notice the current PABs. Please note that very few of these are being discussed publicly since the PAB service is a private affair. It’s between us, the aggrieved, and casino operator. This is what makes the process so effective – it’s serious business. There is an extensive FAQ on the PAB service here.

How to Submit a Complaint