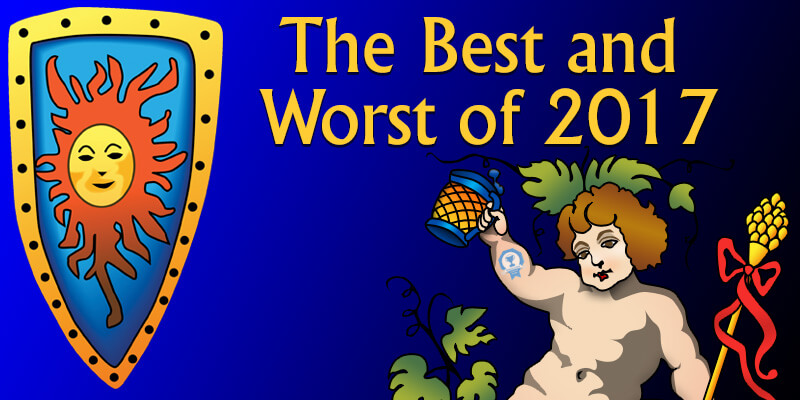 2017 proved to be no different then every year going back to the beginnings of these awards. There are scammers, greedy bastards, fraudsters, and just plain total assholes.

Sometimes you start to wonder about how much the casinos should be blamed for this behavior – playing off a player’s greed, deceiving people into thinking they are going to get something that they are not. Well, a lot of it has to do with how a casino markets itself – and this is why we have rogue lists, and awards for the worst casinos, the warnings, the reviews on what we define as roguish activity. All that stuff.

But we are dealing with people.

To: Recipient
Subject: What a fucking cunt you are

I’m going to make sure I fucking expose your silly thieving bastard casino groups ways until such time I’m given the money back that you exploited from me. What a fucking pathetic little bitch you are for reporting me …
FUCKING THIEVES.

Who do we blame for this behavior? The person who wrote it? Or an industry that promotes gambling, or a society that values the “haves” as opposed to the “have-nots”?

The guy who wrote this email was not “evil” but he was at his wit’s end. There were more messages like this – the guy was in trouble financially and in dire straits. And clearly he has deep issues on the proper way to treat others. I seriously hope he got help.

I can understand just being an a-hole just for a-holes sake. Some people enjoy being dicks. Personally, I don’t. But for some people, this is how they roll.

So perhaps this year, we should reflect on why so many people are becoming assholes. There are enough of them out there.