This is an award given to a member who has achieved an honorable mention during the annual Meister Awards. RE: who has made a considerable amount of dedication to the forum via interaction and longevity. We have a number of people who have been gracing our forum with their presence – good and bad.

This year let’s give a toast to Vinylweatherman, one of the most outspoken and loquacious members of Casinomeister’s forum. He joined in October 2004 – starting with his first post: a complaint about Casino Rewards <gasp!>:

“I have been given a ‘special gift’ as a valued customer, only to have it ‘locked’. They say that losing £100 of my own money is not risking my own funds as I ‘lost’ the £100 bonus alongside it. It would seem support are unsure of the exact interpretation of their own terms, and encourage players to sign up to other group members with the beauty of having all their loyalty points in one account to use at any of the casino’s. BUT, I won my £100 back with my second ever deposit (at Yukon Gold), and suddenly I’m no longer a ‘valued customer’, and they helpfully suggest I deposit more money, without claiming a bonus with it, and demonstrate risk (do they mean lose it all?). I did at least refrain from depositing at Golden Tiger, as I had by then spotted this thread, and their offer of a further ‘extra’ gift for depositing £500 during October ‘disappeared’, and no-one in support had heard of the offer!…” 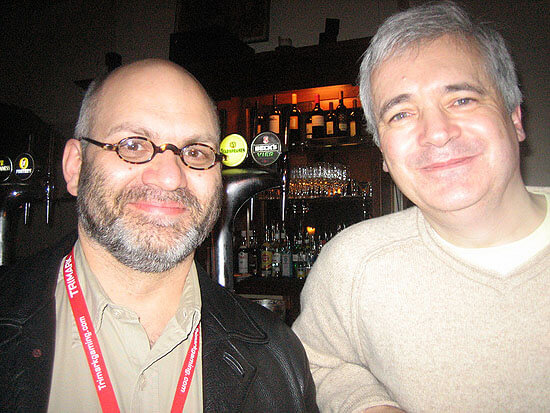 And that was only half of the post! The rest of the post is here: Casino Rewards Not bad for a newbie poster.

Known for his posts of protracted discourse, he’s contributed loads of content to Casinomeister. He is always there to give members guidance, or to tell them how it is – especially how it is in the UK and its consumer protection laws, which seem to be a favorite topic of his.

So a cyber toast to Vinylweatherman – I’ll make sure his glass is full every time I see him.