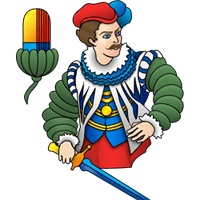 From the desk of Max Drayman:

After the monster task of wrapping up all the year’s PABs into a neat little bundle and producing the year end summary I like to look back a bit and see if there’s anything to be learned from another year in the trenches.

The single biggest trend in complaints this year was certainly the continued thorn in everyone’s side that self-exclusion (SE) has become. Of course we had our fair share of it but this time around I’ve actually had a chance to poke into the SE-related goings on around the industry and I’ve discovered that we are far from alone with this. eCOGRA, IBAS and ThePogg have all had large numbers of SE issues to deal with.

Indicative of the severity of the situation are the struggles that the UKGC itself has had in trying to formulate a workable strategy for dealing with the rampant SE problem. I think they’ve reformulated their approach to SE three times in two years and that says “big problem, difficult to resolve” like nothing else could. Add to that the blight of having industry players like EveryMatrix basically entrapping players into situations where they’d lose their winnings because of poorly designed and horribly executed SE rules (see Worst Player Experience of 2015) and the whole SE mess has spread like a choking black mold across the industry.

Ah, but there’s a light at the end of the tunnel, yes? Well if you see it let me know because I haven’t. That said we have seen a non-trivial decrease in SE cases this year so maybe something, somewhere is pushing back the darkness.

It will surprise absolutely no one that the US has been a very troubled sector again this year. Payment issues — mosty payment processor problems — are rampant and US players suffered worse from that this year than any year previous as far as I can tell: 80% or more of the “slow-pay” problems we see are out of the US. As indicated by the bequeathment of yet another “Sitting On One’s Hands” award (2015 and 2016) it’s not likely that situation is going to change any time soon.

In the UK there’s good reason to believe that serious change may be afoot in the dispute resolution area. As most readers will know the current dispute resolution system in place for UKGC licensed casinos is the ADR (Alternate Dispute Resolution) process. The ADR model was inspired by the European Online Dispute Resolution system that has slowly been taking shape over the past several years. Well, the whole Brexit thing in the UK has apparently produced something of a sour attitude within the UKGC toward the whole ADR business and more than a few sources have indicated that there’s talk of a possible move away from ADRs in favour of an Ombudsman. Since this is getting us well into the political realm there are precious few facts to be had but it’ll certainly be something worth keeping an eye on as Brexit takes shape.

The EU was fairly quiet this year, comparatively speaking: fewer complaints, smaller claims being made against the casinos, a correspondingly more modest amount claimed back for players. Malta’s MGA continues to mature into the European licensing jurisdiction of choice due to the hard work and applaudable forethought of the good people there. I’m still hoping we’ll see some workable enforcement structure appear within the MGA — something beyond voluntary compliance — but progress is progress and good on them for it.

For those interested in such things our PAB numbers were up about 20% this year, both in terms of cases received and monies returned to players. Cases resolved in favour of the players was up by 30%. We’ve made some tweaks to the PAB process — for instance PABs concerning Accredited casinos are now on a weekly timer — which I think are helping drive the up-tick in those numbers. Better service = more clients, or so goes the theory. We now have a PAB assistant and that’s done wonders to streamline our process.