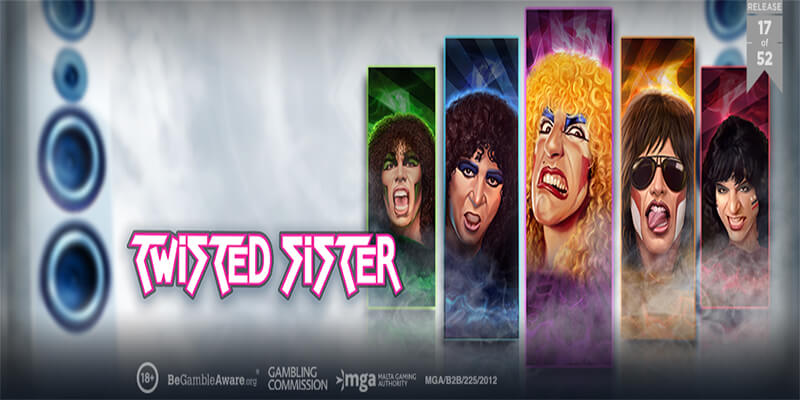 Casino  game developers Play’n Go are keeping up with their busy schedule and commitment to releasing a new casino  game  every week, with them having this morning gone live with their latest slot game, in the form of Twisted Sister. A  collaboration with famed American rock band Twisted Sister, the slot plays over 6 reels and has an RTP of in excess of 96%.

Available to play now at Casinomeister accredited casinos such as Slotsmillion and LeoVegas, Twisted Sister has six bonus features which can be awarded and  features cascading reels for continuous wins.

As is the case for many of the collaborative games that Play’n  Go have produced, Twisted Sister follows the narrative of the rock band on which it is based on, this includes  a free round called “We’re Not Gonna Take It”, inspired by the lyrics and music video of the track. Furthermore all the band members also have a host of special features dedicated to them.

Play’n Go’s Chief Product Officer Martin Zettergren speaking about the release of Twisted Sister,   said: “heir distinctive style of music has allowed us to create a game with innovative features, meaning it will appeal to fans of quality slot entertainment, as well as fans of the band, there’s something for everyone.”

About the Author... Total Posts Written: 675