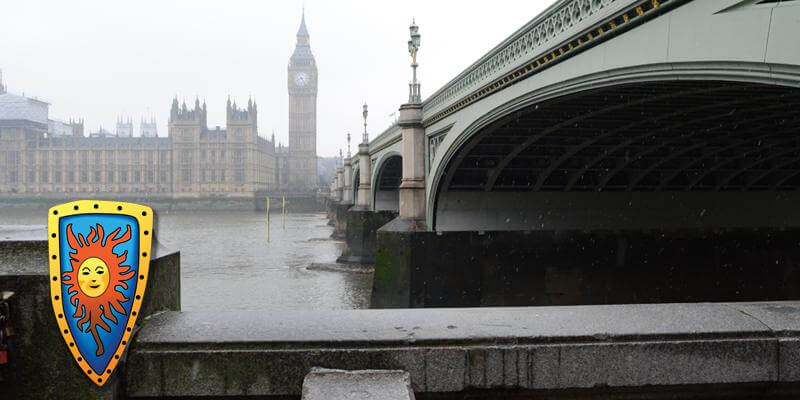 Today, Thursday 12th December, is the day that the United Kingdom goes out to the polling stations, as the first General Election to be held in the month of December gets underway for the first time since 6th December 1923, a mere 96 years ago.

Now, this article neither represents the views of Casinomeister.com or the staff that work on the site and forum, my own included. Instead below I will be looking at the betting markets of today’s election, of which there are many.

If you are resident in the UK and unless you have been living under a rock somewhere, you will no doubt be aware of the campaigning over the past six weeks, since the general election was voted for on 30th October earlier this year. I will endeavour in this piece, put to one side party politics and also try to omit mentioning that dreaded word that is ‘Brexit’, other than of course in this instance.

So with that all said and done, lets take a look at the betting markets in play that covers today’s polling. For those of you that do decide you want to chance your arm on a particular market, you have until 10pm this evening, at which time all polling stations around the country will have closed.

For those of you that want a good outside chance of a decent return on your stake, then a hung parliament is likely what you are hoping for. To this extent Unibet are currently offering 7/4 on this outcome. To place this bet with Unibet, just click here.

What is very clear though is that all bookmakers have the ruling incumbent Conservative Party as being odds on to gain the most number of seats. With some bookies such as bet365, having them priced at a whopping 1/50 ON to do so.

This in turn would reflect all the polling that has been carried out over the past month or so. There is very very little value for punters on this particular market and it is likely that bookmakers would restrict the amount you can lump on this anyway.

Where the betting markets do get interesting though are in the more bespoke events within the General Election betting. Such as how many seats do you think a particular party will attain. There is certainly value to be had here and if you are an astute follower of British politics and believe you have a handle of the general public’s political viewpoint, you could well be in luck.

The Liberal Democrats party started this general election campaign with 20 seats, an increase of 8 seats on their 2017 general election performance, due to defections and MP’s crossing the floor, in the main as opposition to their former party’s stance on Brexit ( arrgh it’s that word again!). Leader Jo Swinson has made the party’s stance to be one of that to oppose Brexit, following on from their ‘Bollocks to Brexit’ campaign during May’s Euro elections.

However, trying to take advantage of the plentiful remain vote from the 2016 European referendum, could actually backfire on the Liberal Democrats, who at one stage, it was felt by pollsters and political commentators alike, that their revoke brexit policy, could garner the party a swathe of seats. This now seems to be their undoing, certainly if the likes of YouGov and Survation and their published polls are to be believed.

The smart money therefore is that the Liberal Democrats will be treading water come the results in the early hours tomorrow morning, with all bookmakers making them odds on to win between 10 – 19 seats. With many predictions that they will be exactly where they were, after the 2017 general election. Subsequently with leading defectors to the party, such as Chukka Umunna, losing their seats in the process.

So what of the chances of Nigel Farage’s Brexit Party? After all they did win at a canter the European elections back in May, attaining 29 MEP’s in the process, making them the joint largest sitting party in the European parliament.

With the election of Boris Johnson as Conservative party leader and Prime Minister in July, alongside Johnson’s ‘die in a ditch’ mentality towards getting ‘Brexit Done’, it appears that the wheels have come off the Brexit Party bandwagon bus. None more so than when Farage in an attempt to form a ‘Leave Alliance’ with Johnson, stood down 317 PPC’s in all the seats which returned a Tory MP back in 2017.

Ever since this occurred, pollsters have reported a cliff dive in terms of the support for the Brexit Party. However, don’t be too blinkered as at a local level there are some Brexit Party candidates who actually do stand a good chance of getting elected, in spite of what current polling and that of the odds provided by bookmakers would lead you to believe.

Take for example the Brexit Party candidate for Blaenau Gwent in South Wales, Richard Taylor. A Labour stronghold, but the area is a strong leave constituency A constituency where there is more chance of finding Elvis alive and well on the moon, than the population and electorate of Blaenau Gwent ever voting in a Tory candidate as their MP.

Richard Taylor is definitely one to watch and if you fancy a cheeky punt on the election, it may well be  worth your while heading down to your betting shop to put a few quid on him, whilst on your way to vote.

The chances of Labour obtaining the most seats in this election are viewed dimly both by the pollsters and bookies alike, with a slew of bookmakers rating their chances in doing so between 10/1 – 14/1 against. If this is something you would like a chance on, then Paddy Power have this covered.

It seems that Jeremy Corbyn is too much of a polarising character for the electorate overall and whilst many back him, just as many are of the view of ABC – ‘Anyone but Corbyn’.

Labour’s best chance therefore is in the hope of forming a minority administration or cobbling together some form of coalition with the likes of the SNP, should the numbers tomorrow morning add up.

Unequivocally the powerhouse party when it comes to North of Carlisle, the Scottish National Party are very hopeful on increasing on the 35 MP’s which they got elected back in 2017. At one stage during the campaign, many had them mirroring their election exploits of 2015, but their polling numbers have dropped back somewhat, with the smart money being only on modest gains.

That said, expect the SNP to be potentially in a position of power and possible ‘King Makers’ should the Tories fall short tomorrow morning.

All roads and opinions, whether you like it or not, point to a small Conservative majority come this time tomorrow. But the weather could have an adverse affect on turnout and that in turn could make the pollsters and the bookies being way off the mark.

That said, I expect I will be up until the early hours tomorrow to watch the results come in. Happy General Election!