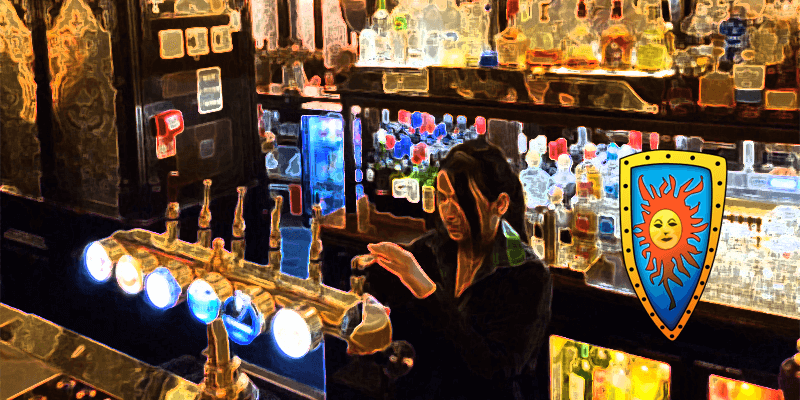 A recent study from the United Kingdom’s Gambling Commission has found that only around 10% of pubs actively prevent underage users from playing their gambling machines.
In a recent report, the commission revealed that it has uncovered a “concerning amount of pubs allow young people to gamble on machines.”

The report comes after a long-winded battle between the Government and betting companies over FOBT stakes, which resulted in the Government reversing their decision to implement a near 2-year wait to reduce the maximum bet permitted on the machines.

Now, FOBT’s will have their maximum stake slashed from £100 to £2, and this is set to be brought in in April, 2019. FOBT machines have been heavily criticized for aiding problem gambling, and multiple stories exist of players losing thousands playing the machines. Like pubs, bookmakers had also come under scrutiny for failing to enforce age restrictions on their machines – although in the last few years, bookmakers had become significantly better at enforcing age restrictions.

In terms of pub gambling machines, the staff of the pubs should be actively preventing under-18s from using gambling machines on their premises – and there are also other regulatory rulings, which include the establishment having to post signage near machines, stating the age restrictions.

In a statement, the British Beer and Pub Association has said they are “taking the commission’s findings very seriously.”
As part of their investigation, the Gambling Commission worked with local police forces around the UK (along with various licensing authorities) to check whether or not pubs were indeed preventing underage gambling. To their dismay, the report found that a staggering 89% of pubs were failing to enforce that underage gamblers weren’t playing the machines.

Gambling Commission program director, Helen Rhodes, said of the findings: “We are extremely concerned that pubs across England are failing to stop children playing gaming machines designed for adults. We urgently call on the pub sector to take action immediately to enforce the laws in place to protect children and young people.”

Brigid Simmonds – the chief executive of the The British Beer and Pub Association – said: “Pubs should offer customers a safe and friendly environment that should be family-friendly too. We have ensured that all of our members are aware of both the BBPA’s and Gambling Commission’s codes of practice and we are already taking steps to develop a social charter for responsible gambling, for use by licensees and pub companies.”“However, given the importance of this issue we are seeking urgent meetings with the Gambling Commission and local authorities to ensure appropriate action is taken.”

One police force who were involved with the operation said: “One police force worked with cadets to test their local pub’s enforcement of the age restrictions. Barnet police said: We are committed to safeguarding young people from addiction and gambling. Ensuring that children cannot gain access to gaming machines in the borough is just one step to reducing that risk to young people.”
The Gambling Commission said: “We were very pleased to be working in partnership with Barnet Police and Barnet Borough Council to tackle underage gambling. We were, however, disappointed with the results and would like to remind all pubs that it is their responsibility to ensure the underage are not using gambling machines on their premises.”

While it remains to be seen what action the Gambling Commission and various licensing authorities take, it’s clear that underage gambling at pubs is a problem in the UK – and it’s highly-likely that action will be taken against operators who fail to carry out sufficient checks.