Four new titles for release by the end of February

Software developer Playson has boosted its portfolio with the launch of ‘Crystal Land’ and previewed upcoming releases ‘Legend of Cleopatra’, ‘Kingdom of the Sun: Golden Age’ and ‘Claws vs. Paws’.

‘Crystal Land’ is a classic, simple 7×7 slot with match-3 mechanics.

Players need to unblock all the rows to reach a treasure chest offering rewards. Features include Wilds, Bombs to clear the way and painting-potion bottles for the creation of symbol combinations.

Check out the demo here: https://playson.com/games/run/crystal-land

‘Claws vs. Paws’ is tipped for release this week at ICE. This HTML5-built slot features a crafty cat aiming to outsmart a loyal watchdog.

Upcoming releases during the month of February include ‘Legend of Cleopatra’, offering 100 bet lines on pyramid-styled reels. Features include Free Spins and a Double Wild Reel.

Later in the month, Playson will launch another Egypt-themed video slot title ‘‘Kingdom of the Sun: Golden Age’.

The key feature in this 3×5 game is a Spreading Bonus in which Bonus symbols transform into top or Wild symbols to create bigger winning combinations. In the main game a ‘Sun Compass’ feature transforms a group of royal symbols into mid symbols. Players can achieve the Ultimate Win of 500 Bets when covering the entire game field with one type of symbol.

Booming Games is previewing a selection of new titles including ‘Golden Royals’, ‘Romeo’ and ‘Paris Nights’, all timeously themed to leverage the hype surrounding Royal weddings and Valentines Day.

‘Golden Royals’ is a graphic and audio-rich title offering two new features. The Kings on the Corners feature provides cash wins if three or four Kings simultaneously land in the corners of the reels.

Two more February releases include ‘Romeo’ and ‘Paris Nights’ both romantic themed slots in time for the upcoming Valentines day.

Check them out here:

Raft of new titles with diverse themes for broad appeal

SG Digital is showcasing its latest innovations at the ICE expo in London with a raft of new game releases.

Tetris Super Jackpots bring one of the most recognised video arcade game brands to the online slot sector for the first time. Developed by SG Digital’s Bally studio, players will instantly recognise the iconic coloured blocks known as Tetriminos.

Tetris® Super Jackpots includes a Tetrimino feature in the base game, which can occur randomly on any spin. If activated, the Tetrimino feature will randomly be placed on or above the reels, replacing any covered symbols with a random Tetrimino. The feature can add up to 477 additional ways for players to win.

‘Wonder Hounds’, from SG Digital’s NextGen Gaming studio, is a 3×5, 25-payline slot in which players join a pack of international pooches on the prowl for big prizes.

Up to 15 sticky wilds can be awarded during the free games round, while the Wonder Hounds icons can transform into a Wild reel per spin.

Wonder Hounds will launch this month to coincide with the Lunar New Year – Year of the Dog.

“Following the creation of our new digital division, we have brought together the leading creative minds of the iGaming industry to offer our partners the broadest portfolio available in the market.

“TETRIS Super Jackpots, inspired by the classic Game Boy title, is sure to resonate with fans of the iconic series, while users will love the entertainment that games like Wonder Hounds have to offer.”

In addition SG Digital is showcasing three MONOPOLY titles, each highlighting iconic features from the perennial favourite board game.

MONOPOLY Bring the House Down offers various features, including Hot Zone® Wilds, triggered by houses falling from the top of the screen.

MONOPOLY On the Money brings the classic Barcrest game mechanics together with MONOPOLY to create an original SG Digital omni-channel experience.

Other titles also on show include the Hawaiian-themed Hula Hula Nights, King Kong Fury, ‘Thunderspin™ Jackpots’, ‘Flame’ – a fast-paced slot featuring a multiple, fire-based reel modifier, ‘The Mask’ – inspired by the classic 1990’s Hollywood blockbuster in which Jim Carey starred, ‘Kingdom’s Edge’ featuring nudged gold wild stacks and ‘The Legend of Big Foot’ where players embark on a journey into the wilderness to find the legendary beast of American folklore. 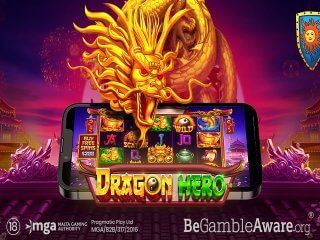