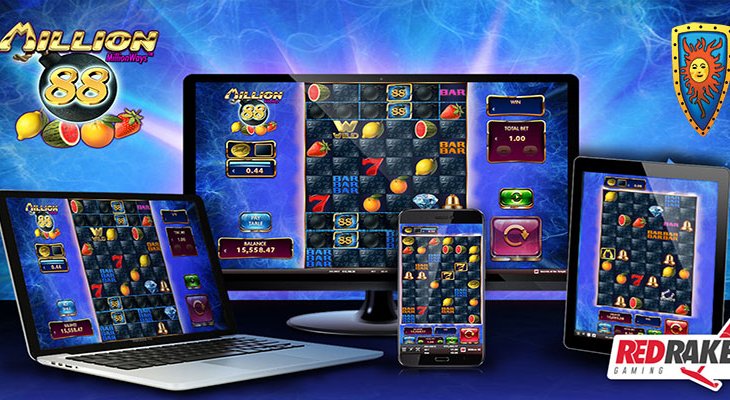 This new game has 1 million different ways to win and offers all the same features from the previous game, plus a new one: bombs that add additional symbols!

The new addition to this video slot is the bomb symbol, which explodes when it appears and adds extra symbols that can replace 3 different areas: around the bomb, throughout the column and throughout the row.

Million 88 also offers all the best features from Million 777:

• An exciting minigame where you can win up to x300 your bet and increase your winnings with the Minor, Major and Grand wins.

• Fantastic multipliers that enable players to increase their wins by up to x10.

• The Money Collect feature, where symbols transform into money that fills the screen, increasing the win value.

• The M Gold symbols that trigger the exciting Frenzy feature and award such incredible prizes as instant free spins, multipliers or the thrilling Frenzy 7s card minigame, where the player has to find all the hidden 7s.

• The M Silver symbol that stays fixed in place when it appears, turning into a Wild symbol and triggering a respin in the other reels.

• A free spins feature where the Bonus, Wild, Money or Scatter 7 Gold symbols are fixed in place and reward spectacular wins.

The combination of new features with all the classic Million 777 features according to the marketing team at Red Rake Gaming, makes Million 88 the perfect video slot for all players. Do you agree, let us know your thoughts on our forum.

To try out Million 88, head on over to the accredited casino Slotsmillion which features game content from Red Rake Gaming in their game lobby.