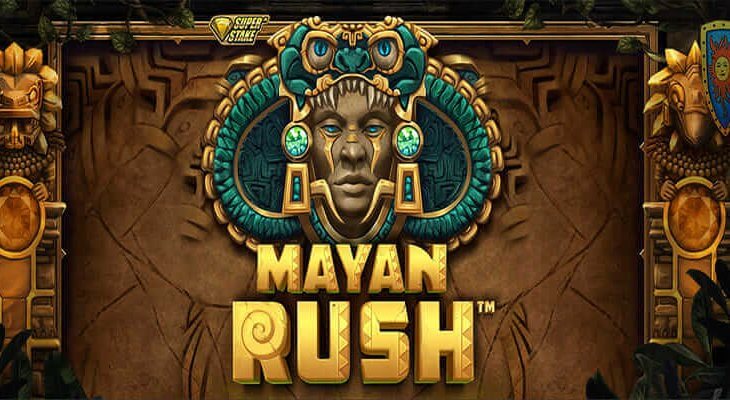 Today Thursday 21st January 2021 sees the release of the latest video slot game from Stakelogic, with their classic adventure themed Mayan Rush™ going live across all operators which carry their game content. A high variance slot game that plays over 5 reels and multiple rows that featured 3,125 paylines in play, Mayan Rush™ carries an RTP of 96.05%.

This Central American themed online slot takes players to a world where they must smash away ancient blocks and charge magic totems in order to unlock the most valuable treasures hidden deep within a Mayan temple.

Some avid slot players reading this news article about this release, may very well see several similarities between Mayan Rush™ and an older slot game developed by another casino software studio, if you think you know what it is, let us know on the forum!

In the base game, each consecutive win removes ancient blocks from the reels which in turn allows for more wins from that spin. When all blocks have been removed, the game enters Rush Mode.

In Rush Mode, any winning symbols are assigned to either the multiplier totem or the life totem, based on their colour (warm or cold). The totems start at a x2 multiplier and 1 life respectively. Each winning symbol adds to the related totem.

Collecting five symbols of either warm (red, orange, yellow) or cold (green, purple, blue) increases the respective totem value (warm is life, cold is multiplier). A win adds all winning symbols to the total while a losing spin deducts one life. Re-spins are awarded until no lives remain.

Mayan Rush™ also comes hooked up to Stakelogic’s innovative Super Stake™ feature which effectively allows players to double their bet with every spin and to increase their chances of hitting incredibly valuable winning combinations by triggering one of the game’s bonus features.

In Mayan Rush™, Super Stake™ is triggered on a random losing spin and awards three re-spins. When the feature starts, a coin symbol lands in the middle of the centre reel; any additional coin symbols that land remove any block symbols above or below the coin symbol.

Players are also given the chance to gamble their winnings

Stephan van den Oetelaar, CEO of Stakelogic, said: “Mayan Rush™ takes the classic adventure themed slot and gives it the Stakelogic touch by combining stunning visuals, authentic sound and the thrilling gameplay we have built our reputation on.”

“Players find themselves at the heart of a Mayan quest for treasure and as they smash away the ancient blocks the big win potential really builds. This is a great addition to our growing portfolio of titles and one I believe will be a big hit with players as they seek out their own ancient treasure.”

To try out Mayan Rush™ for yourself, you can do so at Videoslots here, who carry game content from Stakelogic. For further information concerning Videoslots and as to why they are accredited here on Casinomeister, read our review of Videoslots.