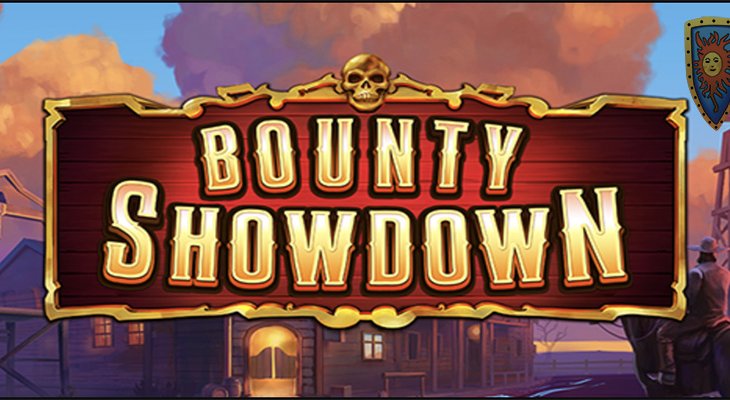 Fantasma Games the casino game studio whose game content can be found at Casinomeister accredited casinos to include the likes of Videoslots and 21Casino, have this morning launched their latest slot game in the form of the Wild West themed Bounty Showdown.

In the game, players are transported  to a small Wild West town under attack where they will have to take on three raiders if they are to claim their share of the huge bounty up for grabs.

The raiders have descended on the town hungry for revenge after their friend, Mr Joe Boneson, was bounty hunted for the sum of $50,000. The town’s people were incredulous at first, but the mysterious gunslinger that promised to deliver the criminal to justice was true to his word.

By noon that same day, Boneson hung from the gallows and by the evening the townspeople had already tossed his corpse to the desert dogs. But then came the raiders, who ransacked the town so wildly their actions bordered on madness and not even the dead could sleep soundly that night.

To help defeat the raiders, players are given three bonus features, including a Bonus Wild that appears on all reels and substitutes for all symbols. If two Bonus Wilds land during the base game, the Double Bonus Respin feature is activated.

Line wins are evaluated and paid out first before the two reels where the Bonus Wild symbols landed are locked and the rest of the reels re-spin.

If three, four or five Bonus Wild symbols land during the Respin feature or the base game, 10, 15 or 20 Showdown Free Spins are awarded respectively. The feature starts with a Gatling Wheel bonus game which plays automatically.

The Wheel has 16 positions, each with a Multiplier value from 1 to 100. Players receive 3 spins on the wheel, with a Multiplier selected at the end of each spin. The Multipliers are then added together and the Free Spins get underway.

Every Bonus Wild symbol that lands during the feature pays an equal to the bet multiplied by the current sum of all the selected Multiplier values.

Tianzhi Zhou, Game Producer at Fantasma Games, said: “The game punches hard and when it does, it’s a great result for the player. That combined with the classic Wild West graphics and music makes the whole experience feels just “right” for players who love classic slot games.”

“This is another example of how we create games that go beyond gambling due to the engaging narrative that sets the scene for the action that takes place across the reels. This is a great addition to our portfolio, and we look forward to seeing players enter the bounty showdown.”