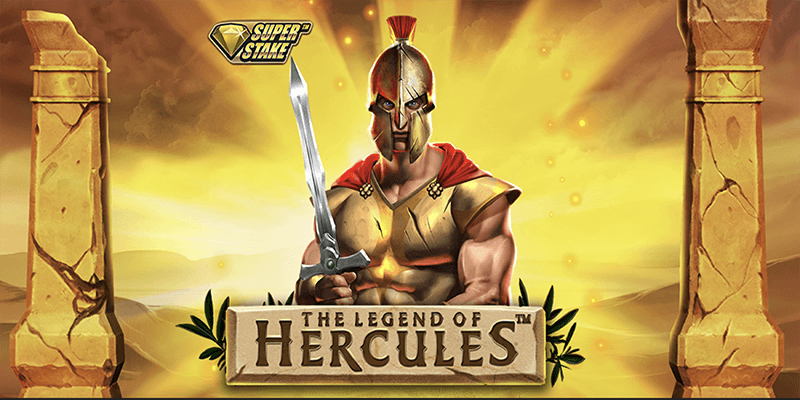 Malta based Stakelogic have released their latest Super Stake powered slot game, with The Legend of Hercules™ now available to players at online casinos which carry the casino game developer’s content.

Players fight alongside the legend himself in this 5×3 reel, 30 payline slot in order to claim their share of ancient treasures and gold. They are helped in their fight for dominance and big wins with a range of bonus features including Stacked Wilds and Stacked Scatters.

Wilds can land at random at any time during the base game where they stack on top of each other to increase the chance of landing a winning combination. Stack seven Scatter Symbols across the reels and the Free Spin bonus round will be triggered. Once active, players will receive a Scatter prize of 60 plus eight Free Spins.

If eight or nine Scatter Symbols are stacked, the player receives a prize of 60 plus 15 and 30 Free Spins respectively, increasing their chance of landing a truly legendary win.

If that wasn’t enough, The Legend of Hercules™ comes hooked up to Stakelogic’s ground-breaking Super Stake™ system which effectively allows players to double their bet for extra chances of hitting insanely valuable win combinations. In the case of The Legend of Hercules™ this sees a random number of symbols awarded for the triggering spin.

The symbols are then progressively upgraded from the lowest to the highest (the 10 symbols will be replaced with a J symbols, etc), potentially upgrading all symbols to Wild.

This is combined with a Multiplier that increases with every upgrade, up to x10, granting a win potential of up to 10,000x the player’s initial stake. The big win potential does not stop there. The Legend of Hercules™ also has a gamble feature that allows players to gamble their win amount. They then bet on the card colour or card suit – the former potentially multiplying their win x2 and the latter x4.

Stephan van den Oetelaar, Chief Executive Officer of Stakelogic, said: “The Legend of Hercules™ takes a classic and popular slot theme and gives it the Stakelogic treatment. This means striking graphics, authentic sound and the most engaging and entertaining gameplay imaginable.”

“The Stakelogic team has incredible momentum behind it following a run of hugely successful games and we believe The Legend of Hercules™ will prove to be just as popular as other chart-topping titles launched earlier in the year.”