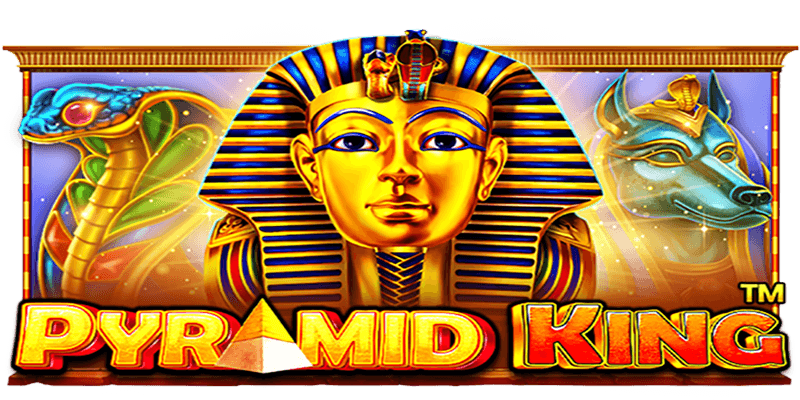 The Malta based casino game and content developers Pragmatic Play who are behind the successful Drops and Wins network promotion currently taking place, have this morning announced the release of yet another slot game as the month of June draws to a close.

The game in question is an Egyptian themed 25-payline video slot called Pyramid King and the slot joins an impressive portfolio of games produced by Pragmatic Play.

The 25-payline video slot features several high paying symbols, including an Ankh, Ring, Cobra and Anubis mask, all of which can lead to big wins whilst the Pharaoh Mask acts as a Wild. If three ancient scroll Bonus symbols land on the reels, the Free Spins mode is unlocked, where a random symbol is selected to expand throughout the duration of the Bonus Round.

The Camel acts as a Money symbol, with six or more activating three Respins. They also remain sticky, ranking up more Respins for every new Money symbol that lands. At the end of the round, all the Money symbols pay out massive amounts and, if every single icon is a Camel during it, players will also trigger the much-expected “Grand Jackpot”.

Melissa Summerfield, Chief Commercial Officer at Pragmatic Play, said: “Pyramid King takes a fun, recognisable theme and adds a Pragmatic Play twist with both Respin and Free Spin features. Its action-packed gameplay and mini-jackpots offer players an exciting quest to take the riches of the fearsome King back home with them after a successful adventure.”

Pyramid King is available now at all Casinomeister accredited casino which carry game content from Pragmatic Play, at the time of writing this is over 70 online casino properties.  To see the full list of accredited operators click here.