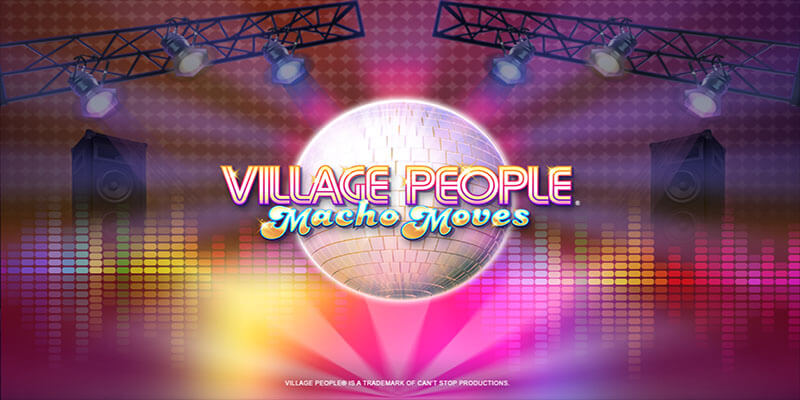 News out of the Isle of Man yesterday saw Microgaming announce the release of Village People® Macho Moves. which has been developed  by Fortune Factory Studios.

Players have a chance of chasing truly far out wins should multiple meters fill up on a single spin, causing each Macho Move to play out in sequence.

Commenting on the release of the slot, Jean-Luc Ferriere the Chief Commercial Officer at Microgaming stated: “Big, bold and brilliantly fun, Village People® Macho Moves brings the sights and sounds of the legendary disco group into the world of online slots.”

“The game encapsulates all that’s great about the iconic band, with five of their most famous songs playing on rotation and all six band members making an appearance as fully-animated characters. Fortune Factory Studios have excelled in creating a feature-rich branded slot experience with wide appeal and fantastic win potential.”

“Music is central to the experience, and the built-in VP jukebox gives players a choice of the group’s biggest hits to play as they enjoy a breadth of inventive gameplay features. Our range of Macho Moves mechanics also adds a unique depth to free spins, offering players significant win potential of up to 5,845 times their bet, with the extra thrill of seeing the amazingly animated characters boogie down.”