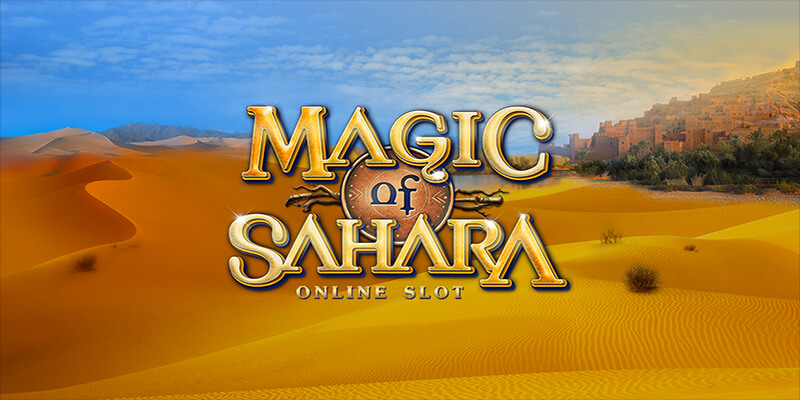 Microgaming and All41 Studios release the Magic of Sahara slot game

While the majority of the iGaming industry is currently enjoying a sunny Amsterdam, where the iGB Live! affiliate conference is currently being held, Microgaming have just announced the release of their latest slot game, Magic of Sahara.

Magic of Sahara is the second game developed by All41 Studios, a new independent game studio providing exclusive content to Microgaming, this follows their first game, Le Kaffee Bar which went live on Wednesday 5th June.

Magic of Sahara is a 5 reel, 9 payline slot machine, with the setting being the largest desert in the world, being the Sahara. With Microgaming in their press release announcing the Magic of Sahara, stating that among the mystic dunes lies an oasis of treasure.

The free spins feature round rewards up to a maximum 34 free spins, which are obtained by hitting either three scatters or by collecting 25 tokens or more while playing the game.  In the feature bonus round, all wins are multiplied by 2 and stacked wilds can and do make an appearance.

Speaking about the release of Magic of Sahara, Director of Global Operations at Microgaming, James Buchanan, said: “Magic of Sahara brings the wonder of the desert sands to life. All41 Studios have crafted a truly immersive world, with the game’s excellent soundtrack and detailed artwork, which dynamically transitions between day and night cycles, creating a spellbinding atmosphere.”

“As well as providing a feast for the senses, Magic of Sahara delivers engrossing features in the form of the Token Chain collection mechanic and a highly rewarding free spins round, complete with the win boosting 2x multiplier.”

Whilst commenting on their second slot game release with Microgaming, Julia Saburova who heads up All41 Studios, said: “We’re excited to take players on a mystical journey to experience the Magic of Sahara.”

‘Our latest slot adventure celebrates the enchanting fables of African nomad culture, combining detailed and dynamic graphics with engaging game mechanics. It has been a real thrill for us to capture the unique mystery and allure of the warm sands.”