Numerous media reports indicate that Ladbrokes Coral has been ordered to shut down its bet-to-view service following an unresolved dispute with The Racing Partnership (TRP) over the broadcast of pictures from six Arena Racing Company (ARC) racetracks.

TRP has initiated legal action claiming misuse of data and the unauthorised use of commentaries in Ladbrokes and Coral betting shops, The Racing Post reports.

According to that report, Ladbrokes and Coral have had their licensing rights withdrawn by At The Races (ATR), an ARC subsidiary, which effectively shuts down the online streaming of racing from 22 UK racing tracks in their retail betting shops. 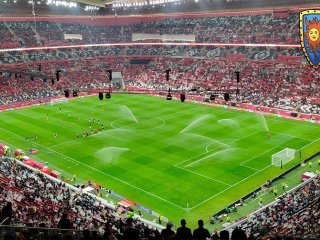 Gems of the Nile from Live 5

Live 5 Gaming's latest release takes players on an Egyptian adventure where the reels flood with Wilds, Multipliers and Free Spins