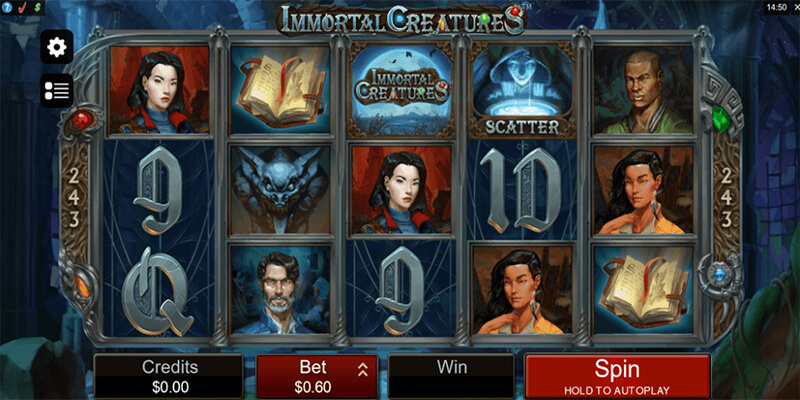 News fresh out of the Casinomeister Forum this morning, is that Microgaming are due any minute to release the slot game Immortal Creatures, think Immortal Romance and you pretty much have its sequel in the form of Immortal Creatures.

Thanks to forum member Nicola who gave us the heads up here about Immortal Creatures, information on the slot is pretty light on the ground at the time of writing, with no official press release as of yet published by Microgaming.

However, based on the posts in the thread on the forum, Immortal Creatures looks like a clone of the popular Immortal Romance slot, which has proven over the years to be a big hit with online slot players.

With a reported RTP of 96.86%, according to forum member Harry_BKK, Immortal Creatures also features the autoplay functionality intact. Like Immortal Romance, Immortal Creatures pretty much contains the same features, bonus feature rounds and types of payouts.

The four main characters in the slot are Cryo, Ava, Tyler and Bridget. Clone or not, it is likely to be tested very well by fans of Immortal Romance and no doubt those casinos which carry Microgaming game content, will be seeing a big increase in interest in the slot over the coming days.