Gems of the Nile from Live 5 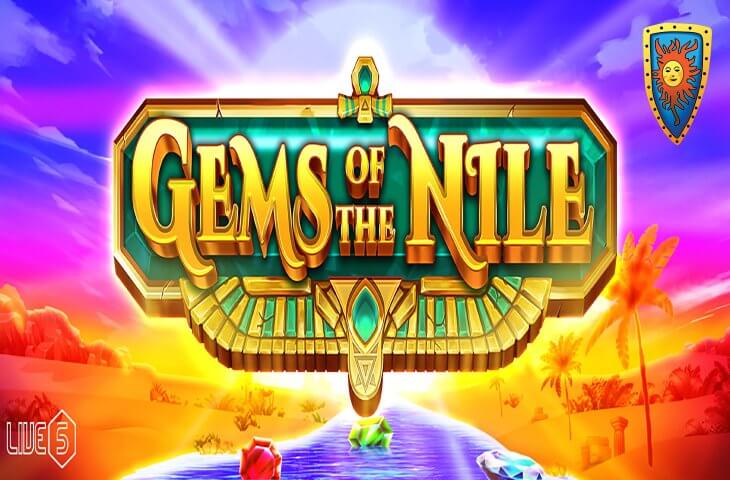 The end of last week saw the casino game studio Live 5 Gaming release their latest slot game Gems of the Nile, which they hope will be a hit with players at online casinos to include the award winning Casinomeister accredited casino Videoslots.

Bigging up the release of Gems of the Nile, Live 5 Gaming’s Chief Executive Officer Lloyd Butler said: “Gems of the Nile promises to take players on an Egyptian white-knuckle ride as they navigate the world’s most famous river in search of potential riches.”

“This highly volatile game promises to get pulses racing via a selection of bonus features that include Wilds, Multipliers and the highly-sought-after Free Spins.”

“This is a truly exciting slot that provides a new twist on the popular Egyptian theme combined with gameplay that has been designed to thrill and excite in equal measure.”

Gems of the Nile takes players on a wild ride down the River Nile if they are to discover the Egyptian riches that await. The slot game is a 5×10 reel, 100 payline game that is packed full of bonus features that will leave players holding on for dear life as they flood across the reels.

Wild symbols substitute for all other symbols except the Free Spins symbol. Intrepid players will want to keep their eyes peeled for this symbol, which is double the height of any other symbol.

Three of these symbols must land on reels one, three and five in order to trigger ten Free Spins. Free Games can be re-triggered if two or three additional symbols land, awarding five or ten Free Spins.

Within Free Spins the River Wild Bonus is active every spin flooding the reels with Wilds and the potential to win big.

Gems of the Nile sits at the higher end of the volatility scale, has a return to player of 95.67% and a max win value of 7,000x the player’s original bet.

It is available in 30+ languages and has been certified for launch in key markets including the UK, Spain, Sweden, Italy, Denmark and all Malta Jurisdictions.