Bumper Package of New Games for March from Microgaming 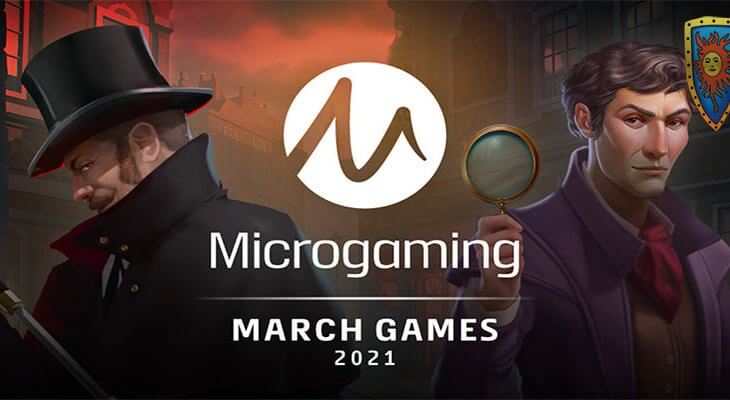 The Isle of Man based Microgaming have announced a bumper package of new game releases for the month of March, as 2021 moves from the dreary Winter months to Spring, with the clocks also set to ‘spring’ forward at the end of the month.

Casino games developed and produced in conjunction with the ever growing number of independent game studios that exclusively create content for the online casino software giant. Over a dozen new games are scheduled for release throughout the month, where they are being made readily available to those online casino operators that carry casino game content from Microgaming.

Arguably one of the most anticipated new releases was the remastered release of a Microgaming classic that is the Terminator 2 slot machine, which uses and employs Microgaming’s trusty 243-ways game engine . Going live this Tuesday just gone and now also available to play on mobile devices for the first time, Arnie is back!

Next week on 9th March sees the release of the Just For The Win developed Emerald Gold, which is as no doubt  you have already guessed a Leprechaun themed slot machine. Emerald Gold is a highly volatile slot that has 40 paylines in play, boasting a maximum win of 25,000 times your bet stake and a default RTP of 96.12%

The release of Emerald Gold is then followed by a return to Ancient Greece and some much needed Greek God slot action with SpinPlay Game’s latest offering and Amazing Link: Zeus. Released on 16th March, Amazing Link: Zeus has 20 paylines in play and an RTP of 96.33% and a potential maximum payout of 5,000 times your bet stake.

Stormcroft Studios also get in on the act during March, with their latest game release Fire Forge, developed exclusively for Microgaming. A dark, fiery fantasy-genre game, this highvolatility, 243-ways-to-win slot offers Rolling Reels™ and a free spins multiplier trail, as players chase the Gold jackpot for up to 50,000 times their stake.

Whilst Just For The Win get in on the action once again with the release on the 25th March and their Sherlock and Moriarty Wowpot Slot. The titular Wowpot refers to Wowpot! Progressive Jackpot Wheel, which features a whopping starting seed of €2 million.

These are just a few of the many games Microgaming have earmarked for release during the first month of Spring. Notable mentions also go to the likes of Pulse 8 Studio’s Basketball Star on Fire which comes out a week today on the 11th March, All41 Studio’s Solar Wilds on the 17th March and 1X2 Gaming’s Stellar Ways on the 24th March.

Let us know what you think of the quality of the games being released by Microgaming on the forum here on Casinomeister.