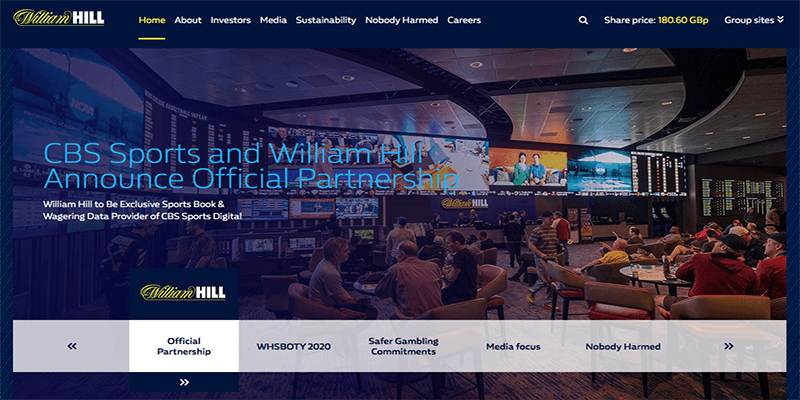 Just nine days before they release their full year results on 26th February, for the year ended 31st December 2019, William Hill plc have announced the appointment of Adrian Marsh as William Hill’s next Chief Financial Officer (CFO). With Marsh set to take up the position later in 2020.

The appointment of Marsh follows the impending departure of their current Chief Financial Officer, Ruth Prior, who it was announced in January will be leaving the bookmaker to take up a position at Element Materials Technology Limited.  Prior’s contract means she has had to provide 12 months notice, with her departure date to be determined at a later date.

Prior’s replacement Adrian Marsh, will join William Hill from DS Smith Plc (LSE:SMDS), an international packaging business where he has been Group CFO for the past seven years, during which time the Company transitioned from the FTSE 250 to the FTSE 100.

In addition Marsh holds the position of Non-Executive director of John Wood Group PLC and chair of its Audit Committee. He was previously Group Director of Tax, Treasury and Corporate Finance of Tesco PLC.

Commenting on the appointment of Marsh, who will also hold the position of Executive Director and a position on the board, William Hill Chief Executive Officer, Ulrik Bengtsson said: “I am delighted to welcome Adrian to the Board. As a proven CFO of a FTSE listed company with M&A, deal execution and multi-sector finance experience in US & European markets, he will be able to make a significant contribution to William Hill in the enablement of the strategy and is a great addition to the team”

Marsh commenting on his appointment, stated: “I am extremely excited to be joining William Hill at such a key time in the Company’s history, and look forward to supporting Ulrik and the rest of Board in delivering their growth plans for the future.”

The date of Prior’s departure from the company and the start date for Marsh will be determined later in the year.