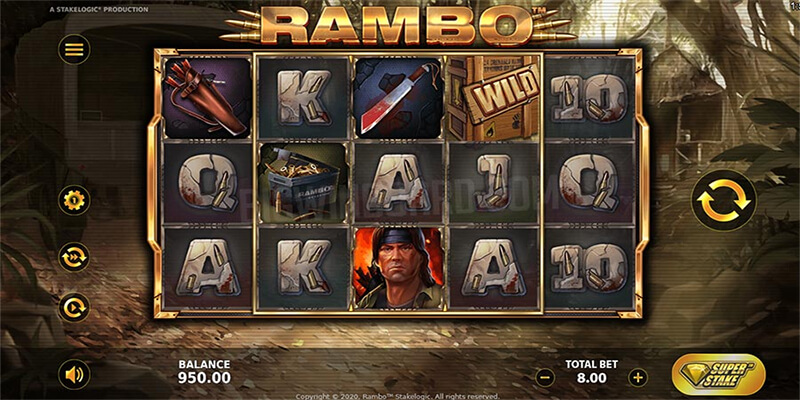 Malta based StakeLogic have announced the release of their RAMBOTM online slot which is based on the film franchise made famous by Sylvester Stallone. Not the first slot based on the Rambo films, Stakelogic’s RAMBOTM slot promises to provide players with lots of action and value for their money.

A 5×3 reel- 20 pay-line video slot, RAMBOTM  is complete with numerous explosive animations and video sequences from the films of the same name. The release of RAMBOTM follows hot on the heels of other StakeLogic titles such as The Expendables Megaways which came about as a result of StakeLogic’s partnership with Skyrocket Entertainment.

Stephan van den Oetelaar, Chief Executive Officer of Stakelogic, commenting on the release of their latest title said: “RAMBOTM is one of the most explosive and action-packed slots on the market, combining a powerful film franchise with thrilling game play.

“We have gone to great lengths to deliver a cinematic slot experience, with incredible graphics and animations and booming sounds taking players right to heart of the battle.

“This is the second branded slot we have developed after launching The Expendables MegawaysTM and believe RAMBOTM will be just as successful.”