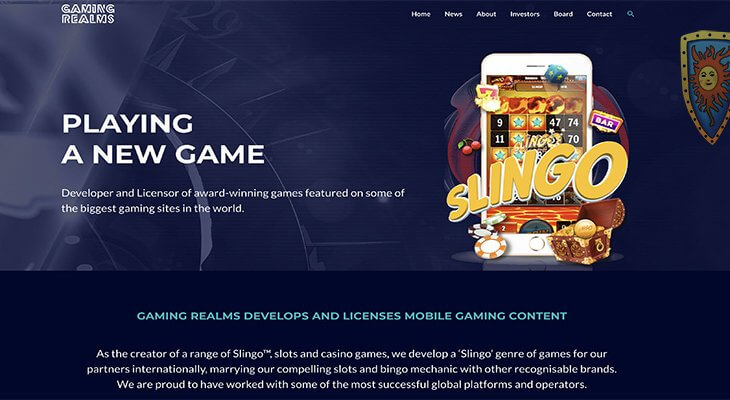 The London Stock Exchange listed Gaming Realms who produce and develop social games and real money game content, have been granted an Interactive Gaming Manufacturer Licence in the U.S. State of Pennsylvania.

In a regulatory notice published to the London Stock Exchange this morning, Gaming Realms confirmed the awarding of the Pennsylvania licence, making it the third such state in the US where it has been issued a licence to operate in.

The licence will allow Gaming Realms to provide its Slingo Originals game content to the State’s licensed online casino operators, a market which grew by 574% in terms of revenue in 2020. Gaming Realms expects to go live in Pennsylvania and in Michigan in the near future.

Commenting on the news, Gaming Realm’s Executive Chairman Michael Buckley said: “We are delighted to have been granted our licence in Pennsylvania, where iGaming revenues grew by nearly 600% in 2020. We are now licenced in the three largest states for iGaming, and look forward to more states regulating in the future.”

“We have signed a number of multi-state deals and direct integration agreements with some of the largest operators in the U.S., giving an excellent opportunity to capitalise on the expansion of the exciting U.S. iGaming market.”