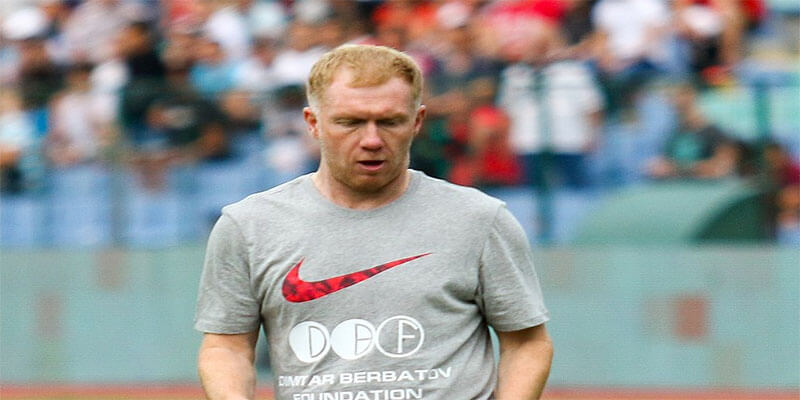 Former Manchester United star and England international Paul Scholes, has this afternoon been charged by the Football Association with breaking their rules concerning betting on matches.

Scholes  rose through the youth ranks at United and ‘graduated’ at the same time as the likes of David Beckham, Gary Neville and Nicky Butt, referred to by many as the ‘Class of 92’. With Scholes going on to make 499 league appearances for United, spanning 20 years between 1993 and 2013.

Well this afternoon the FA have charged Scholes with making 140 bets on football matches during the period 17 August 2015 and 12 January 2019. Scholes who recently left the employment of Oldham after spending just 31 days in the hot seat at Boundary Park is still involved in football, holding a ten percent stake in non league Salford City.

The former midfielder who won 11 Premier League titles whilst with United, has until the 26th April to respond to the charges levelled against him by the FA.

Only a couple of months ago Peterborough United Director of Football, Barry Fry, accepted an FA charge of misconduct after being found to have placed a bet on former Posh striker, Jack Marriot.