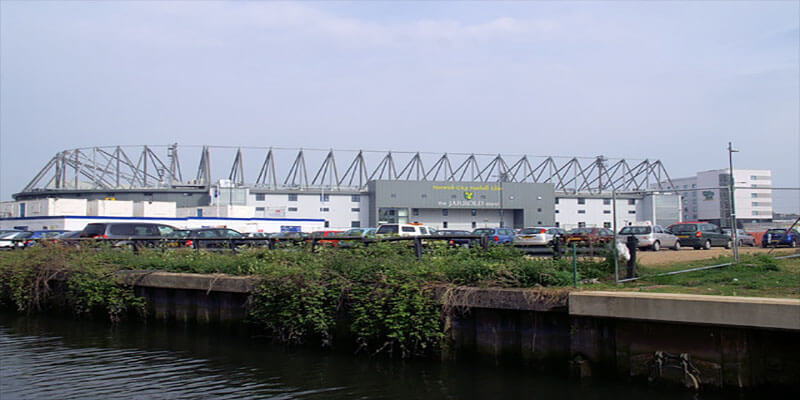 The ‘Canaries’ who stormed to the EFL Championship title last term have unveiled their record deal with Dafabet,  which will see the gambling operator’s logo emblazoned on all three kits that Norwich will play in next season. As they visit grounds such as Old Trafford, Anfield and the newly opened Tottenham Hotspur Stadium during the upcoming 2019 / 20 Premier League Campaign.

In a deal which will see Dafabet associated with the club who play at Carrow Road, for the next three seasons, Dafabet’s branding will also adorn the club’s City Stand, as well as being featured throughout the ground.

Commenting on the deal, Norwich’s Chief Operating Officer Ben Kensell said: “the deal was a game-changer and moving to the Premier League meant the club would be exposed to a global audience.”

Kensell when speaking to ITV Sport would not reveal the exact figures involved, but he did reveal that the deal with Dafabet was valued in excess of twice their previous record shirt sponsorship deal.

Kensell went on to say: “This really is an exceptional deal for Norwich City Football Club. Not only is it the most lucrative partnership the Club has ever had by some way, this partnership alongside our commercial operation allows us to be materially more competitive as a self financed club. Something we are constantly striving to be in everything we do.”

Whilst Dimitris Karatzas the Chief Executive of Dafabet commenting on the deal with Norwich City said: “Everyone at Dafabet is delighted that we are now to be associated with Norwich City Football Club. We are proud of our past association with the Premier league, but we are even more proud to begin the new season with a partner steeped in history and tradition and a club that is highly respected for its sporting values. For us, this is the start of a very long relationship.”