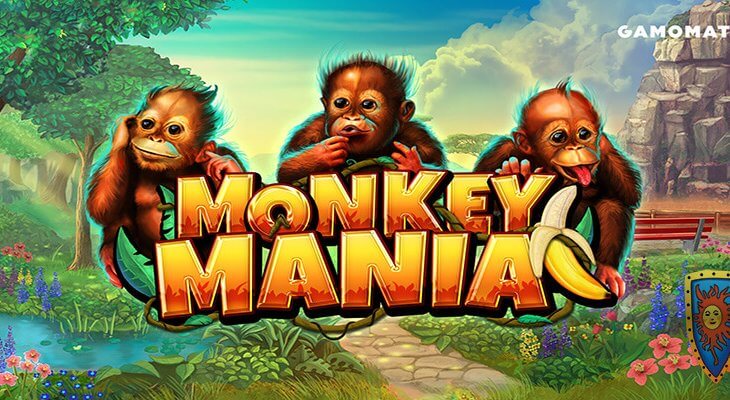 The German casino game studio GAMOMAT have this morning announced the release of their latest slot game Monkey Mania, which players can find  at accredited online casinos to include the likes of LVBet.

Established back in 2008 and boasting the development and creation of innovative slot games for players, GAMOMAT who are based out of the German capital of Berlin, hold high hopes that their latest slot game creation is a hit with players and their operators alike.

Monkey Mania whisks players away for an inspiring journey beneath the canopy where a variety of fascinating animals are hanging out amongst the trees. The most lucrative creature that players can get is the cuddly Lion cub, while the other sought after symbols are the Monkey Mania Scatter and Monkey Wild.

Once immersed within Free Games there is an added opportunity to get further Free Games.  GAMOMAT’s Stacked Wilds, card gamble and risk ladder features all enhance the experience even more.