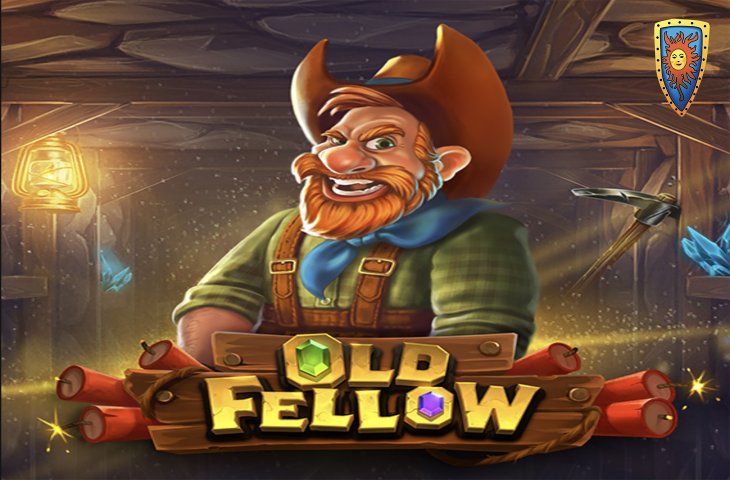 The latest slot game release to round off a productive November 2021 from the casino game studio Stakelogic, sees Old Fellow allow players to descend into a gem-filled mine as they look to strike gold with a maximum multiplier of up to 50,000x their bet.

Played across a 5×4 reel matrix that features 20 winlines, Old Fellow takes place in front of a wild canyon backdrop, where basking iguanas and carts loaded with precious stones set the tone for the adventure ahead. The unique symbols to feature on the reels are all gems of varying colours, while the scatter icon depicts a treasure chest that’s packed to bursting with rubies, diamonds and more.

This treasure chest symbol is key to triggering the game’s main bonus feature, with players needing to land three or more chests in a single spin to receive 12 free spins. When this happens, the reels descend deep into the mines as the backdrop changes to a cave adorned with lanterns and pickaxes – and here players will find their winning potential is massively boosted by two special wild features.

First and foremost, all wild symbols that appear during Free Spins will now be sticky, meaning they’ll lock in place on the reels and will remain there for the duration of the feature. On top of that, however, all wilds will also be subject to a prize multiplier that increases based on how many there are on any given reel, with a maximum multiplier of 4x available when a reel becomes totally filled with wilds.

Naturally, these features combined become incredibly rewarding for players – with all wilds remaining on the reels and the multiplier values increasing as new ones are added – but to top it off, once players have successfully landed a sticky wild on each reel, they’ll even receive an additional five Free Spins.

With the Free Spins feature being a lucrative as it is, players who don’t want to wait to trigger it manually will also be able to buy directly into the bonus round. When this option is selected, they’ll simply have to click the green button to confirm their stake and three scatters will automatically line-up on the reels on the next spin, granting them instant access to 12 Free Spins with the added wilds.

As a final gameplay incentive, Old Fellow again offers players a gamble feature where they’ll have the chance to double or quadruple their winnings by guessing the colour or suit of a playing card respectively. If they pick correctly, their new prize will be calculated and they’ll have the option to pick another card, while an incorrect guess will exit the feature and return them to the base game.

Olga Bajela, CCO at Stakelogic said: “We’re inviting players to join the gold rush this month with the launch of our brand-new Old Fellow slot.”

“With an exciting Free Spins feature where sticky wilds and multipliers can combine for truly massive payouts, who knows what riches they’ll uncover when they descend into those big-money mines?”

To try out Old Fellow, you can do so at Videoslots which is an accredited online casino here on Casinomeister.