MGM Pulls out of Deal for Ladbrokes Owner 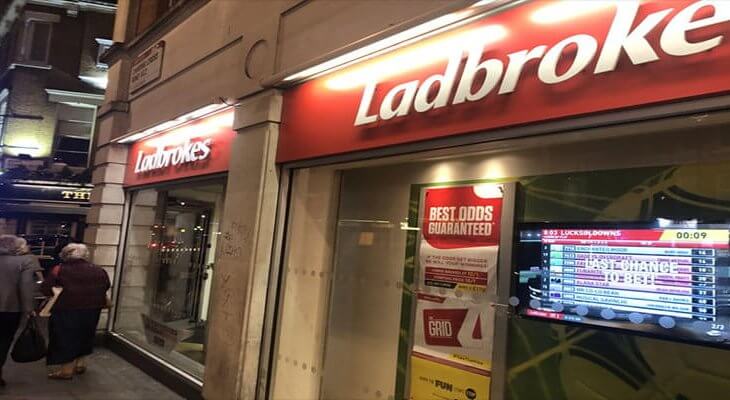 The US casino group MGM Resorts International who had an £8bn bid for the owner of British High Street bookmaker Ladbrokes turned down at the beginning of year, have taken the decision not to follow up with an improved offer for the FTSE 100 listed firm Entain plc and their partners in BetMGM.

A statement released by MGM on Tuesday confirmed their interest in Entain had now lapsed, the news had an adverse effect on the share price of Entain, dropping some 17% to 11.82 pounds, with the lowest point hitting 11.37 pounds prior to rallying later in the day.

The company though has reaffirmed their commitment to their US joint venture BetMGM, with Chief Executive Officer Bill Hornbuckle stating: “We remain committed to working with Entain to ensure its strong momentum continues as it expects to be operational in 20 states by the end of 2021.”

In a regulatory new release published on their corporate site on Tuesday in response to the news MGM Resorts International will now not be following up their interest in the company, Entain stated: “The Board of Entain plc (“Entain”) notes the announcement made earlier today by MGM Resorts International (“MGMRI”) that it does not intend to make an offer for Entain. As a result of the announcement, MGMRI and its concert parties are bound by the restrictions contained in Rule 2.8 of the City Code on Takeovers and Mergers.”

“Entain has a clear growth and sustainability strategy, backed by leading technology, that it is confident will deliver significant value for stakeholders. We look forward to continuing to work closely with MGMRI to drive further success in the US through the BetMGM joint venture.”

As we also reported here on Casinomeister in the past few days, the CEO of Entain, Shay Segev is to leave the group after serving a six month notice period to join the streaming service DAZN as their Co-CEO. With Entain reportedly considering appointing Non-Exec Director Jette Nygaard-Andersen as Segev’s replacement.