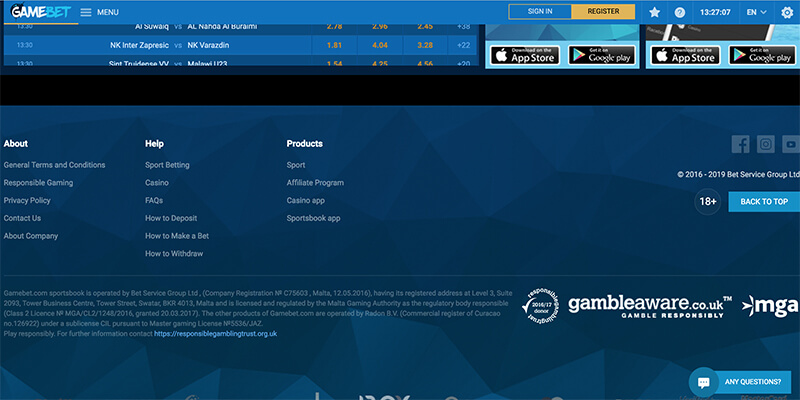 The MGA ( Malta Gaming Authority ) has revoked the licenses of three of their licensees with immediate effect. This action affects the following operators; Bet Service Group ( Responsible for Gamebet.com ), World-of-Bets.eu and Betixx. In the case of Betixx their license has been suspended until further notice.

Both the Bet Service Group who operate Gamebet.com and World-of-Bets.eu have been ordered to place a notice on their sites, informing their visitors that their MGA license has been cancelled.

The MGA has not provided comment behind the reasoning of their actions taken, however, they have informed all players at the properties affected to contact the regulator should they encounter payment issues.

The Bet Service Group as indicated above operate the Gamebet.com site, which is primarily a sportsbook that also offers casino games for it’s customers. Last month the MGA made the move to initially suspend their license, which has now been made permanent.

It is not known at the time of writing whether a similar fate will follow the suspension of Betixx’s license.

Upon visiting Gamebet.com earlier today, an appearance of a notice informing visitors of the action taken by the MGA is not apparent. Indeed, the website is still proudly showing the MGA logo and referencing the fact they are ‘licensed’ by the Malta Gaming Authority.