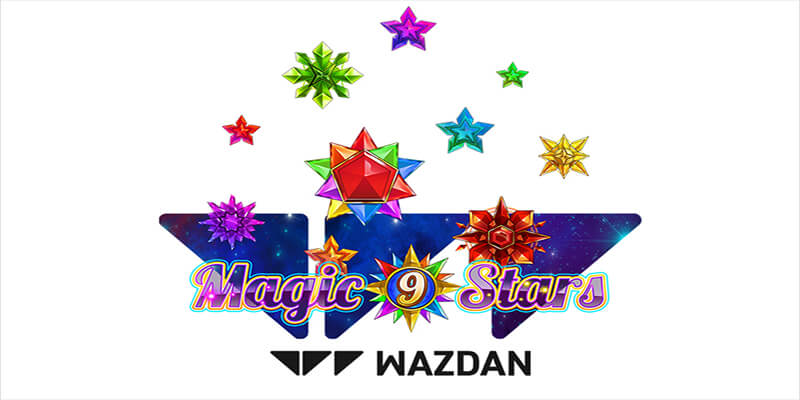 Editor Note: We have just been informed the release has been put back

Wazdan Games, the Cyprus based casino game developer, have today announced an addition to their Magic Stars Series of slot games, with the release of Magic Stars 9. The original Magic Stars is one of Wazdan’s most popular slot games and is a three reel, five pay line slot game and the introduction of Magic Stars 9 is hoped to be as popular.

Magic Stars 9 is according to Wazdan’s press release a 3×3 9 reel slot, which offers player a chance to win up to 10,500 times their bet stake. The game comes with Block Symbols Mode and two Free Spins bonuses, each of which comes with their own set of features.

The Stars Spins Bonus sees the highest-paying rainbow star symbol locked on the reels until the end of the bonus. During Free Spins with the Infinite Multiplier each win increases the multiplier to infinity and the red star symbol adds an additional 3 Free Spins, allowing players to win huge prizes during that feature.

Speaking about the release of Magic Stars 9, Head of Sales at Wazdan, Andrzej Hyla, said: “Announcing new Magic Stars titles is always a thrill for our team. The Magic Stars series have proven to be immensely popular games that our players and operators cannot get enough of.”

“We are confident that Magic Stars 9 will deliver the same enjoyment to players as the other series titles before it. Bringing the most modern, high-tech interface and features to the Magic Stars series, Magic Stars 9 is destined to delight.”