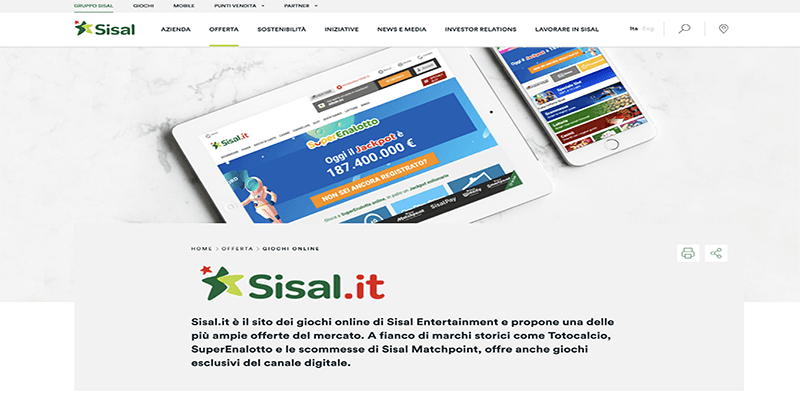 Live 5, the fast-growing multi-channel slot developer, has entered the regulated Italian market for the very first time after signing an agreement to provide tier one operator Sisal with its hugely popular games.

Live 5’s arrival in Italy forms part of the developer’s ambitious international expansion plans that this year alone has seen its games debut in Canada with state lottery operator Loto Quebec and with additional market launches planned for the coming months.

The deal with Sisal has been facilitated by Live 5’s distribution partner, SG Digital, and will see players at the operator’s brands be able access the developer’s Billy Gone Wild slot, which has topped the charts in markets around the world.

Live 5 is a rising star slot developer that has quickly built a reputation for launching quality slots that deliver a thrilling and highly entertaining player experience across land-based and online play including smartphones and tablets.

While initially focused on the UK market, with momentum now behind the studio and its diverse game portfolio, Live 5 has its sights firmly set on becoming a truly global slot developer as it continues to strive for and move towards tier one status.

Lloyd Butler, Chief Executive Officer of Live 5, said: “We are chuffed to say ‘Ciao’ to Italy by launching our games with one of the largest and most established gambling brands in the country, Sisal. We believe its players will love Billy Gone Wild and the thrilling experience it offers.”

“Italy has been a key target market of ours for some time now and we could not have entered the region were it not for our incredible distribution partner, SG Digital. We have ambitious expansion plans for the rest of the year as we look to move from rising star to power player.”