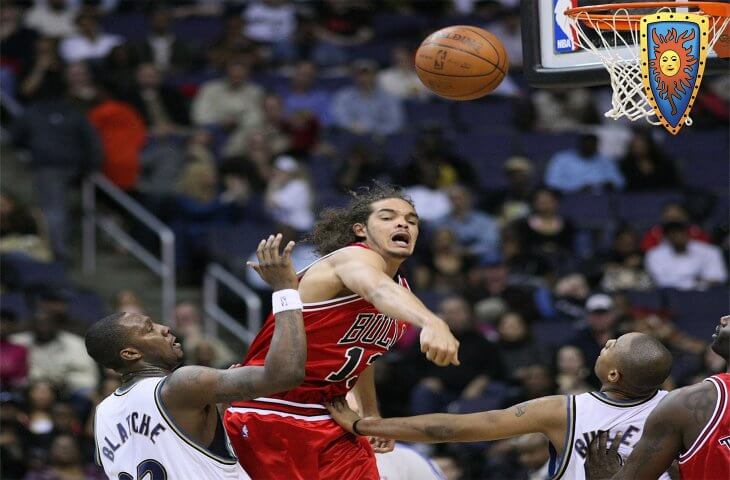 Fan favourite Noah, who spent nine seasons with the Chicago Bulls, will be providing exclusive content for BetRivers, including weekly videos that will range in scope from basketball reactions to commentary on his life and charitable efforts.

Noah will be highly visible throughout various media outlets and at multiple BetRivers’ locations, granting interviews and creating “on the scene” videos for fans. He will also be featured in a BetRivers marketing campaign that will feature television, radio, and billboard ads.

As sports fans are in the midst of March Madness, it should be noted Noah also has a huge fan base among the “Gator Nation” after playing for the Florida Gators and winning NCAA championships in 2006 and 2007.

Noah is a New York City native whose parents are also accomplished. His father, Yannick Noah, is a former world # 3 ranked tennis champion and his mother, Cécilia Rodhe, is a former Miss Sweden and a renowned sculptor.

With his mother, the two-time NBA All-Star created Noah’s Arc Foundation in 2010. The foundation uses sports and art to provide kids with the opportunity to create positive change within themselves and their community.

“Joining with BetRivers to create content for Chicago and beyond is a great way to connect with fans and to spread the word about Noah’s Arc Foundation and the positive impact we can have on the city’s youth,” said Noah.

“I look forward to joining the team to enhance the betting experience while sharing my passion for basketball.”

“We are thrilled to have a former Chicago Bull join our BetRivers family,” said Richard Schwartz, CEO of RSI, which operates BetRivers.com and PlaySugarHouse.com.

“Joakim Noah will bring his love, passion, and knowledge of basketball to help create a more engaging betting experience for our players.”

Digital Sports Tech supplies the technology Digital Sports Tech, a business-to-business software provider of sports betting solutions, has signed a deal with UK online and land sports betting operator Coral to provide an innovative player proposition betting product. Coral went live today (Friday) with this new sports betting product under the brand 'Player Bets' and will by agreement enjoy a period of exclusivity in the UK and Ireland, the company revealed in a statement. DST claims that Player Bets is