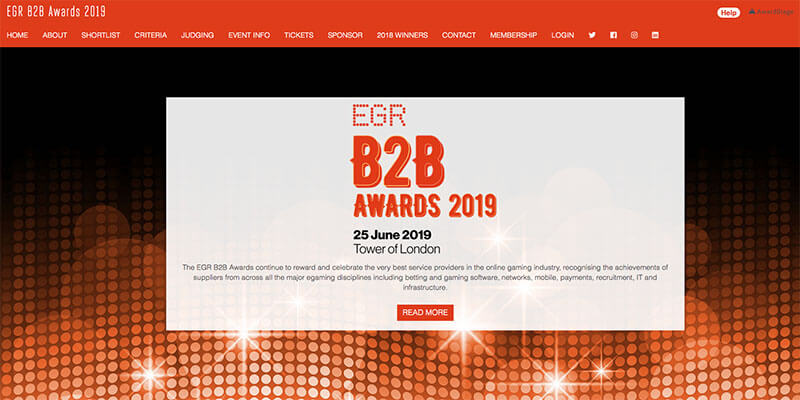 The EGaming Review ( EGR ) B2B Awards shortlist have been announced and there are some interesting names who have been shortlisted for one of the numerous awards up on offer, with the EGR Awards ceremony taking place later this year on 25th June.

With several categories being recognised, which range from Acquisition and Retention Partner to Best Customer Service, many of the old favourites have yet again been shortlisted. However, with regulation and compliance in iGaming become more and more of an importance, categories such as Compliance & KYC supplier are new entries for the 2019 EGR Awards.

One such company that has been shortlisted for the new ERG Compliance & KYC award is Rightlander, which was setup by Casinomeister Moderator Simmo aka Ian Sims. Rightlander will battle it out with twelve other companies who also work within this particular field.

Other categories of note, include Innovation in Slot Provision, which sees developers such as Big Time Gaming, Playtech and Microgaming vying for the prize. As well as Best Customer Service, Bingo Supplier and Innovation in Mobile.

The purpose of the EGR B2B Awards is to “recognise the achievements of suppliers from across all the major egaming disciplines including betting and gaming software, networks, mobile, payments, recruitment, IT and infrastructure.”

They are I suppose to an extent, the iGaming industry’s version of the Oscars. Which allows industry peers to bestow platitudes and praise on each other. The EGR awards ceremony is a black tie event that will be held at the Tower of London on the evening of the 25th June. No news as to whether there will be an award for worst rogue operator of 2019 as of yet, but if there is, it is quite apt  that the ceremony is being held at the Tower!