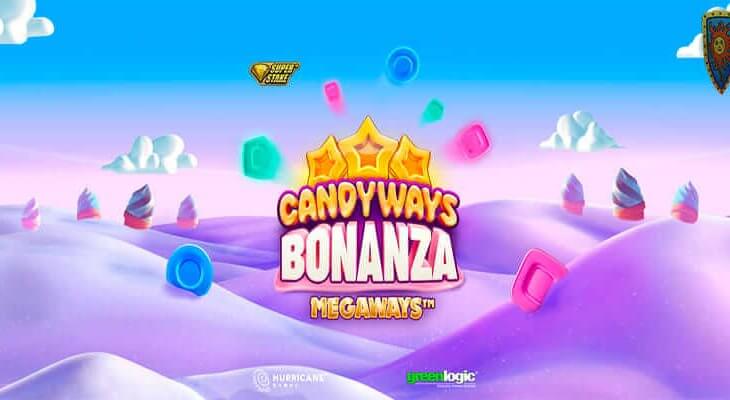 Stakelogic have announced the launch of the second slot game to roll out with their innovative Greenlogic® Program. Candyways Bonanza Megaways™ being the slot in question, which has been developed in conjunction with Hurricane Games. The Greenlogic® Program  sees the developer partner with smaller studios to design and launch a series of slots.

Hurricane Games,  is one of the first studios to enter the Program when it launched back in August. Candyways Bonanza Megaways™ also uses Big Time Gaming’s revolutionary Megaways™ mechanic.

The game allows players to immerse themselves in a world of candy and where they will find 512 ways to win with every spin. If that wasn’t enough of a sugar rush, players can also unwrap a sweet selection of bonus features including Free Spins, Super Stake™ and Gamble.

Ten Free Spins are triggered when three Free Spins Scatter symbols land anywhere on the reels. During the bonus round, a Free Spins Multiplier of between x2 and x100 if added for each addition Scatter symbol that lands.

Candyways Bonanza Megaways™ also comes hooked up to Stakelogic’s innovative Super Stake™ system which allows players to effectively double their bet with every spin and to improve their chance of triggering the Free Spins bonus and landing insanely high win combinations.

The game allows players to buy the bonus in markets where it is approved. Players can also Gamble their winnings. They can bet on the card colour or card suit – the former potentially Multiplying their win x2 and the latter x4.

Hurricane Games has been responsible for much of the design of the game, which is striking and bold and captures the magic and wonder of a classic candy shop. Stakelogic has focused on more technical areas such as game logic and certification.

Salvatore Marino, Sales Director of Stakelogic, said: “Developing this game in partnership with Hurricane Games has been incredible fun and the result is a bold and bright slot with an enticing theme and fun and thrilling gameplay to match.”

“This is why we created the Greenlogic® Program as it allows smaller studios to showcase their talents and skills and work with us to ensure games deliver the best possible player experience. And Candyways Bonanza Megaways™ certainly does that.”

Damion Warren, CEO at Hurricane Games, said: “We have long had a vision for Candyways Bonanza Megaways™ and by working with Stakelogic have been able to bring that vision to life in a way that has far surpassed our expectations.”

“It is a truly incredible game, visually but also in terms of the fun, entertainment and big win potential it provides. We are beyond proud of Candyways Bonanza Megaways™ and look forward to seeing players enjoy the sweet experience it offers.”