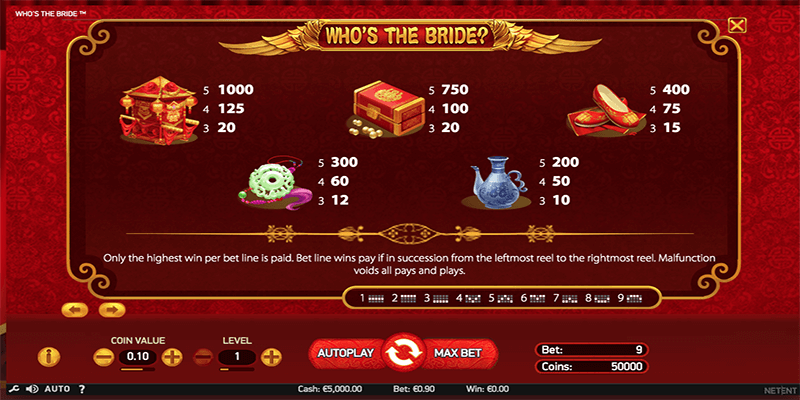 Who's The Bride from NetEnt

Swedish casino game developer NetEnt are celebrating the release of Who’s the Bride? TM, a Chinese wedding-inspired video slot that adds another title to its growing series of games designed for Asian audiences.

With an RTP of 96.87% Who’s the Bride has a possible $54,000 top payout and is an okay slot to play, certainly the reported RTP is on the higher side, so that is a good plus point for starters.

Speaking about the release of Who’s the Bride, NetEnt’s Bryan Upton, who is their Director of Games, said: “Who’s the Bride? is a simple, yet beautifully-crafted slot. It’s a perfect union of graphics, sound and gameplay with high volatility and simple, proven mechanics.”

Who’s the Bride? adds to NetEnt’s portfolio of Asian-themed games, which has its own dedicated roadmap of monthly launches and includes recent releases Twin HappinessTM and Sweety Honey FruityTM. Both of which we have covered the release of, here on Casinomeister.