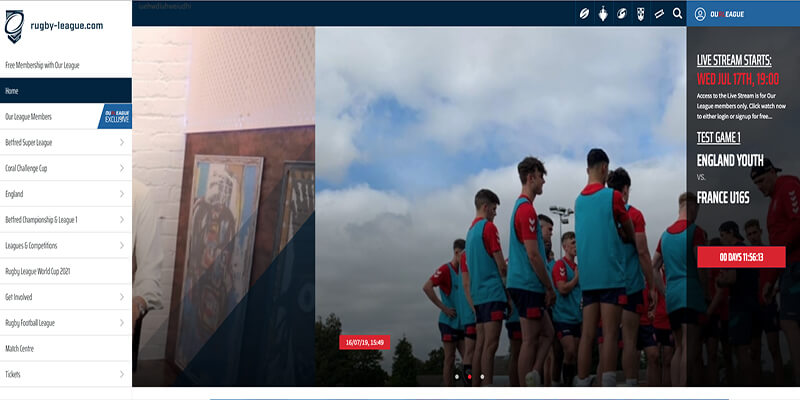 The new President of the Rugby Football League, former Arsenal and England defender Tony Adams, who has a much documented past concerning alcohol addiction, has urged caution with regards to gambling sponsorship to be allowed to be prevalent within the game.

Adams who set up the Sporting Chance charity, which helps people overcome addictions, in 2018 called for an end to gambling sponsorship in professional football. Now in his role as President of the RFL, he is urging caution with regards the gambling industry gaining a foothold in the sport.

Currently both the Super League and the Challenge Cup competitions are sponsored by bookmakers and Adams has said of this: “It’s got to be a responsible industry. It will take time to maybe detach itself from sport. I’m not anti-betting, I just choose not to do it because I know the way that it affects me.”

“I know we’re only talking 10% of the population so 90% can take it or leave it. My nan has a bet on the Grand National and loves it once a year but for the addict it’s dangerous. You’ve got to be careful you don’t normalise it for the addict.”

Adams is now also of the view that gambling has replaced alcohol as the main vice of the professional footballer. Thus Adams is keen to ensure that any relationship the RFL has with the gambling industry does not normalise betting for addicts.

Adams has taken on his role in a different code to which he made his name with relish, commenting: “We’re perfect bedfellows really. I was invited in to Warrington Wolves in 2011 by  Tony Smith and I gave them a lifestyle seminar.”

“They quite liked it and they totally came on board. They’re very active in the player welfare department. For a few of the guys, the wheels had really come off in rugby through different drugs of choice, a lot of Tramadol, a lot of painkillers, prescribed drugs, more than the football world were used to at that stage.”

“We’ve helped near on 400 rugby league players since then. They have taken our education and our one-to-one therapy and they use our clinic and our helpline. It’s pretty fantastic. I’m very practically involved and very proud to be president of the RFL.”