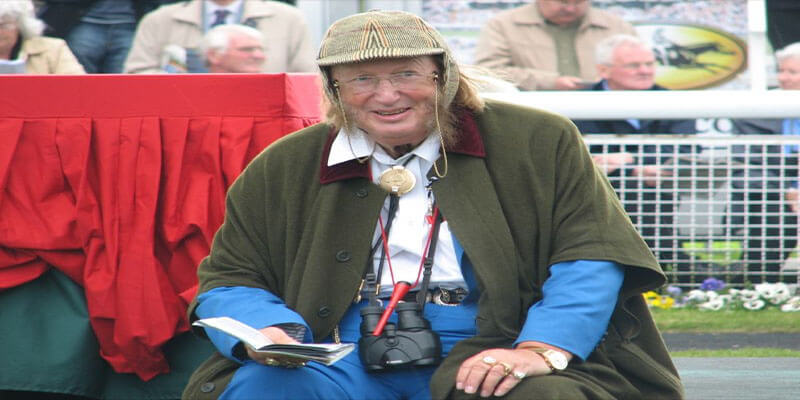 Former Channel 4 Racing television pundit John McCririck has died this morning aged 79. The eccentric and flamboyant presenter and racing pundit, who brought the art of Tic Tac into the UK’s living rooms had been battling ill health for a number of years.

McCririck who became a household name  after appearing on Channel 4 Racing for 28 years, first started out as a journalist for the paper, The Sporting Life. In 2012 it was announced that Channel 4 were to dispense with his service for the new season in 2013.

A decision that caused McCririck to take Channel 4 to an employment tribunal, arguing he was being let go based on his age. In a hearing subsequently held in 2013, McCririck lost his tribunal case against Channel 4.

Since his disappearance from the line up on Channel 4 Racing, McCririck’s media profile began to wane.

In a statement released by his family this afternoon, they said of McCririck: “His flamboyant broadcasting style from the heart of betting ring proved extremely popular with racing fans and beyond.”

Furthermore they described him as “The face of British Horse Racing for many years.”

McCririck leaves behind a wife, Jenny, who in public he often referred to as Booby.