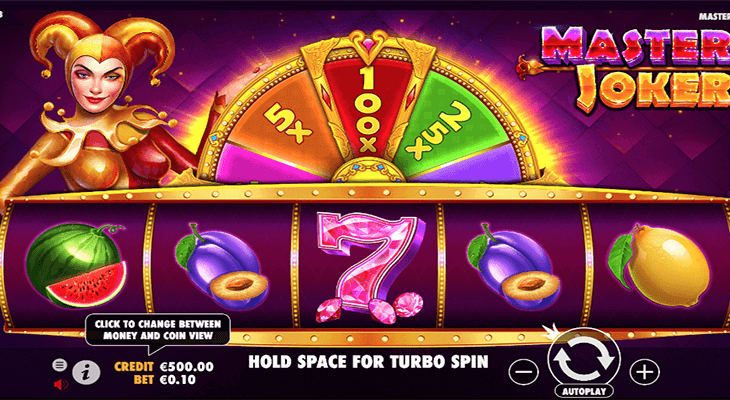 Malta based iGaming content providers Pragmatic Play who have over the past few years picked up several B2B awards and as well as a developer of slot games, also feature a popular live casino product have announced the release of their latest game, Master Joker.

On first impressions of the demo play for Master Joker which can be found on the Pragmatic Play site, the game looks and feels good and should be a hit with many players, at those casinos which feature Pragmatic Play game content.

The five reel, one row slot game combines traditional slot staples, such as fruit symbols, gold bars and Sevens with a modern spinning wheel mechanic. The titular Joker character plays a vital role in the slot, as when she lands on the reels she spins the wheel which randomly picks a multiplier for a player’s win, while also acting as a WILD.

Players can win up to 10,000x their stake should the Seven symbol land upon all five reels and the Joker spins the multiplier wheel with it landing on 100x.

“Its vibrant colours, fast-paced gameplay and huge win potential gives Master Joker all the ingredients to become an instant classic in our slot portfolio.”