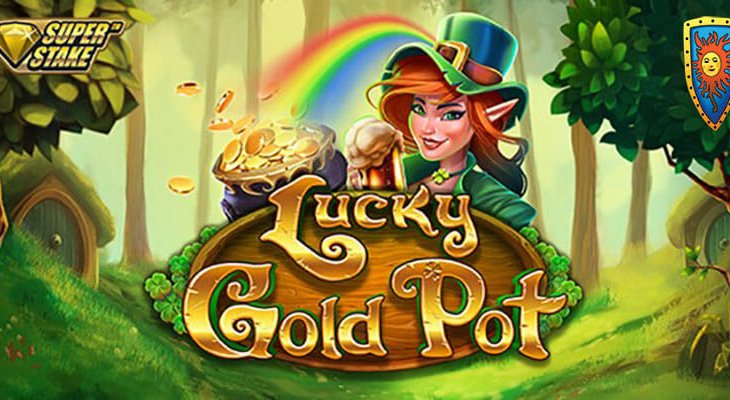 Casino game studio Stakelogic are back with a brand-new Irish adventure!  Where players can join them on a magical journey to the land of rolling green hills and frothy jugs of beer in Lucky Gold Pot and you could find there’s a fortune waiting for you at the end of the rainbow.

Played out on a 5×3 reel matrix that features 20 paylines, Lucky Gold Pot is a charming trip to the Emerald Isle that gives players the chance to conjure up huge wins thanks to its ever-present multiplier wilds and a Free Spins feature that grants 15 bonus games with all payouts being boosted.

Alongside the top hats, four-leaf clovers and golden horseshoes, the symbol players really need to look out for is the lucky leprechaun wild. When this mischievous she-elf appears on the reels, not only will she substitute for any regular symbol, but she’ll also double the value of any wins she completes.

On top of that, there’s the all-important pot of gold scatter symbol. When three or more of these special icons appear on the reels, players will be granted an initial 15 Free Spins, with the value of all wins during the feature being subject to a 3x prize multiplier to create potentially massive payouts.

As if that wasn’t sweet enough already, the feature can be re-triggered indefinitely, with a further 15 Free Spins being added to your total whenever three or more scatter symbols appear. String together a long enough sequence of bonus games and you’ll definitely be rolling in the clover!

To round out what already looks set to be a firm fan favourite, Stakelogic’s patented Super Stake™ mode also makes a welcome return. Purchasable for an additional side-bet, this feature gives players a shot at randomly triggering a further bonus feature, which boasts the same RTP as the base game.

As ever, Lucky Gold Pot also includes Stakelogic’s regular gamble feature, giving players the chance to boost their base game wins by guessing the colour or suit of a face-down playing card.

Olga Bajela, CCO at Stakelogic said: “In Lucky Gold Pot, we’re inviting players to join us on a magical journey to the Emerald Isle where big wins are never far away.”

“With its Free Spins, multiplier wilds and popular Super Stake™ feature, the slot will be the jewel in the crown of our recent game launches and we can’t wait for players to find their fortune at the end of the rainbow!”