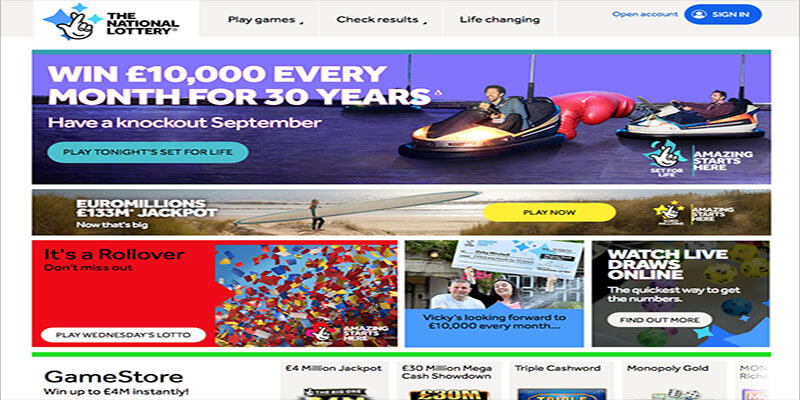 Friday’s EuroMillions draw yet again for the 18th draw running, drew a blank, with no winning ticket for the jackpot prize on offer, which now sees the EuroMillions rollover again this Tuesday, with £167.5 million to play for. Due to the number of rollovers incurred, the jackpot on offer is pretty much near the capped maximum amount of €190m, being just €400,000 short of this.

However, not to be outdone the UK’s very own National Lottery is also now on its fifth rollover, with last night’s draw featuring a quadruple rollover jackpot also failing to find a winner, with Wednesday’s National Lottery draw now offering an estimated jackpot prize of £12.7m. Whilst dwarfed by the amount available to be won on EuroMillions, still a life changing amount nonetheless.

So this coming week sees two lottery draws with a combined jackpot total of over £180m to be won, with the EuroMillions having the potential to crown the UK’s largest ever lottery winner, should a ticket holder from the UK be fortunate enough to land the jackpot.

Speaking about the potential of a UK player becoming the biggest lottery winner in UK history, Camelot’s Andy Carter, who is the National Lottery’s Senior Winners’ Adviser, said:“The EuroMillions jackpot rolls on to Tuesday night when a huge £167 million jackpot is up for grabs.”

“Players are urged to get their tickets early to be in with a chance of banking a life-changing prize.”