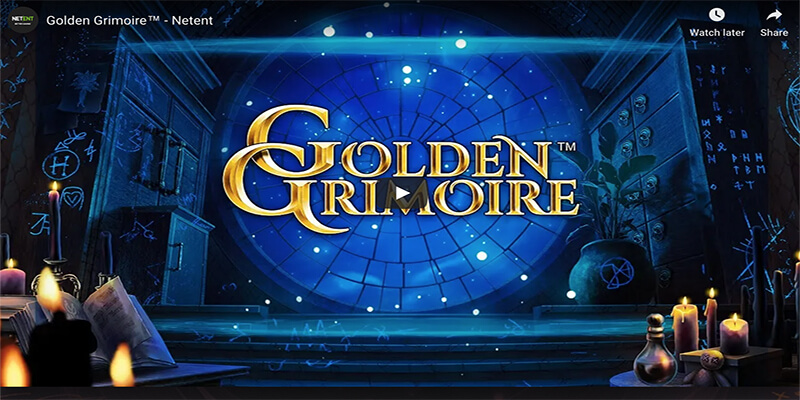 Swedish casino software company NetEnt have released their latest slot game, titled Golden Grimoire. In a press release sent out by the popular developer, Golden Grimoire is described as a a game that merges magic and mystery.

Certainly no doubt a game that will be tested to the fullest extent by members of the Casinomeister forum, it will be interesting to see if Golden Grimoire is indeed dimension defying, as the PR exclaims.

Speaking upon the release of the slot, Bryan Upton, NetEnt Director of Games said: “Golden Grimoire opens the portal to another world full of ancient magic and mystery where anything can happen. The game builds suspense with every spin – if there’s one thing players should expect, it’s the unexpected!”

NetEnt describe the slot as a medium variance slot, which is a 20 payline, 5 reel, 4 row slot machine. With Golden Grimoire according to the blurb sent by those lovely people at NetEnt, featuring the Mystery symbol transformation, Wild Substitution and Free Spins with Sticky Mystery Symbol transformation – with high potential for blackout wins.

Important news for the slot players among our readership, Golden Grimoire has an RTP of 96.44%. Hopefully screenshots of some decent wins will soon be  adorning the Screenshots-O-Rama forum here on Casinomeister!