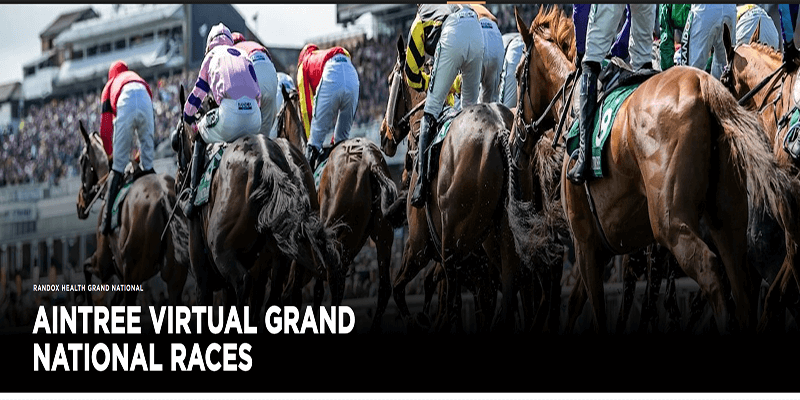 £2.6m raised for NHS Charities Together on back of the Virtual Grand National

The  Virtual Grand National which took place on Saturday afternoon and was broadcasted live on ITV has raised in excess of £2.6m for the National Health Service, thanks to bookmakers donating their profits generated by the event.

Like the vast majority of sporting events, the actual Grand National was cancelled due to the ongoing Covid-19/Coronavirus global pandemic, with the Virtual Grand National, instead taking centre stage on Saturday.

Last week members of the Betting and Gaming Council, which numbers the likes of bet365, Ladbrokes, Coral and William Hill among their membership, decided to donate all profits raised from the betting on the Virtual National to the National Health Service and their umbrella charity, NHS Charities Together.

The actual race which attracted 28% of all UK viewers on ITV, with viewers watching 18-1 Potters Corner holding off Walk In The Mill, to win the race.

Speaking about the event and the donation of their members’ profits to NHS Charities Together, the Betting and Gaming Council’s Chief Executive Officer, Michael Dugher said: “I am proud that so many BGC members, up and down the country, are supporting in so many different ways the national effort to combat COVID-19, including here by contributing all of their race profits to NHS Charities Together.”

“I’m sorry we couldn’t have the real Grand National to find out if Potters Corner would have won or whether it would have been an historic three in a row for Tiger Roll, but at this time of need the nation used the day to come together and back our NHS.”

“It’s also fantastic that the Jockey Club will be donating 10,000 tickets to the NHS and social care sector in Merseyside for the first day of the 2021 Randox Health Grand National Festival at Aintree.”