Why Is Roulette Called The Devil’s Game? 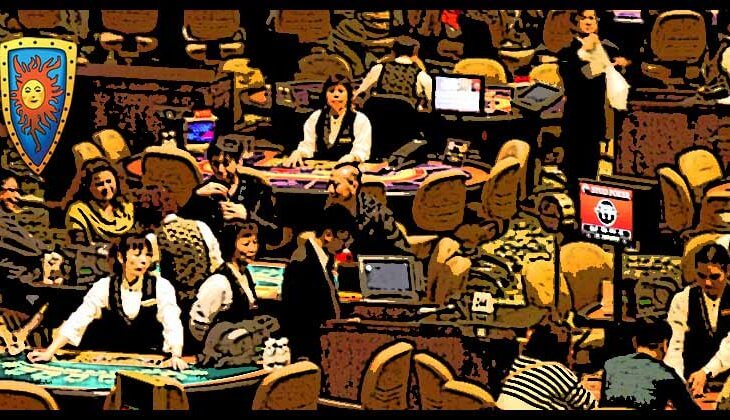 Roulette is arguably the most popular casino game globally, and it’s been around since the 17th century. Every day, millions of bets are placed by players on a roulette game, whether it’s in the renowned Monte Carlo Casino or at online casinos.

Have you ever heard roulette referred to as the devil’s game? There’s a good reason why it’s nicknamed this, and on this page, we will be showing you why roulette called for this unique nickname!

The Casino Game is Steeped in Ancient Legend

Roulette was developed in the 17th century by a French physicist, mathematician, and philosopher called Blaise Pascal. He inadvertently created roulette in his quest to create a perpetual motion machine! While he ultimately failed to develop a perpetual motion machine, Pascal did manage to create one of the most famous casino table games in history — here’s why it’s often called the devil’s game:

All of the numbers on the roulette wheel add up to 666. As you probably already know, 666 is closely associated with the devil. So, now you know why roulette is called the devil’s game!

However, keep reading if you’re curious about learning more about the devil’s wheel and some of the different types of roulette games you can play today!

Head to the Monte Carlo Casino or any online casino, and you’ll find a wide variety of roulette games to play. (Or should we say — the devil’s wheel!) Playing roulette has become so popular that land-based casinos and online game developers have created multiple variations of the roulette machine. Below, we will look at a few of the main types of roulette.

European Roulette is the most well-known game variation, featuring 37 numbers. European Roulette offers one of the lowest house edges (aside from French Roulette) and straight-up number bets payout at 35/1, which means a one-dollar bet returns $36 if placed correctly.

European Roulette wheels also offer various other betting options, including red/black, odd/even, and you can also bet on thirds.

Because of this, most players try to avoid American Roulette. If you have the option, you should always choose European or French Roulette over American Roulette, as the odds are more favorable.

While hard to find, French Roulette is the best version of roulette you can play as it offers the lowest house edge. This is because any even-money bets you place that lose when zero lands are not totally lost; instead, the casino will give you 50% of your wager back.

As you can imagine, casinos aren’t overly enthusiastic about offering French roulette to players. Still, if you see it offered, you should jump at the chance to play — especially in land-based casinos, where it is scarce.

Mini roulette is generally only found at online casinos, and it’s more of a novelty game than anything else. Still, it can be pretty fun, especially if you are looking for something different from conventional roulette.

As the name implies, Mini Roulette is simply a miniature version of conventional roulette. While each game developer has their own way of doing things, most Mini Roulette games tend to have a total of 11 or 15 numbers.

You place bets in precisely the same way you do when you play regular roulette, but, of course, the payouts are quite a bit lower as there are fewer numbers.

Double Ball Roulette Is something that was first seen in bookmakers in the UK on their fixed-odds betting terminals, and it’s quite a unique take on the traditional Roulette game, with more action on every spin. As the name suggests, Double Ball Roulette is played with not one but two balls. Each time you begin a new game, both of these all spin the wheel, and once they have landed, payouts are awarded as per the result of the game.

Of course, because two balls are spinning (essentially, you have double the chances of winning), the odds are halved. Or, as is more commonly done, your total stake is simply split between the two wheels that spin.

No-zero roulette (mini roulette called the devil’s game)is an incredibly rare type of roulette that is offered at a few online casinos and a few land-based casinos throughout the world. As the name suggests, no-zero roulette is played on a wheel that does not have a zero segment. Naturally, this is incredibly beneficial for players, and it means that you can play the game without a house edge.

For example, when playing no-zero roulette, even-money bets (red/black, odd/even, for example) continue to be paid out at 1/1. But those are the true odds, so the casino doesn’t have a statistical edge over you in the long run.

Why online casinos choose to offer no-zero roulette is anyone’s guess. More than likely, it’s a marketing tactic. By advertising that they are offering a roulette wheel with no house edge, casinos can tempt players to sign up at their website. Even though there is no house edge, and the casino doesn’t have a mathematical advantage, there is still no guarantee that you will end up winning.

However, as you can imagine, zero-ball roulette is tough to come across, and you have to hunt incredibly hard to find it. If you do manage to, you will likely find that the maximum bet is relatively low, and some casinos may even limit how much money you can spend at the table.

History of Roulette: What You Need to Know About the Spinning Wheel Casino Game

Roulette is quite a complex topic for historians; experts cannot seem to agree upon exactly when the game of roulette was first created, and differing accounts date the game’s origins to either the mid-16th century or the early 1700s. However, one of the most credible and widely-accepted historical accounts of the game is that it was first developed in 1655 by a French philosopher known as Blaise Pascal.

That being said, Blaise Pascal had set the wheels in motion, and his early prototype would go on to become one of the most recognizable and popular games on the planet. Unfortunately, little is known about what happened next until the year 1842. Two French brothers, François and Louis Blanc, reportedly rediscovered Pascal’s old perpetual motion device. They took a great interest in this device, made some modifications, and used it to start taking wagers from wealthy French entrepreneurs and business people.

They named the game roly-poly, and, by all accounts, it turned out to be an immediate success, with many French business people coming from all over the country to try their luck playing roulette. Indeed, if you look at paintings and artwork from the period, you will see the roly-poly machine in action. Groups of wealthy men crowd around the table, reaching over one another to place chips on the betting area while smoking a cigar and drinking whiskey simultaneously.

In the early 1900s, roly-poly started to make its way to other countries, and, like many things in life, once it reached the American shores, it underwent further commercialization. At the turn of the century, roulette started to be placed in land-based casinos throughout the United States, and, just like the original roly-poly, it became an instant hit.

Today, roulette is found at virtually every online casino in the world. If you walk into a land-based casino that does not have a roulette table, there’s probably something wrong.

Roulette has not changed much since the early 1900s, although, as we saw earlier in this post, game developers have tried to get creative and come up with unique spin-offs. We have also seen the live iGaming industry booming in recent years. This has produced several innovative roulette games, some of which combine video slot features and others that offer progressive jackpots.

Should I Always Double Down on 11 in Blackjack?

Blackjack is one of the most popular casino table games in the world. Blackjack is found in virtually every land-based casino and online gambling website in the world, and the game’s simplicity has allowed it to become a player favorite with millions of people worldwide.On this page, we will be looking at what doubling down actually means, when you should do it – and whether you should always double down when you hold 11. 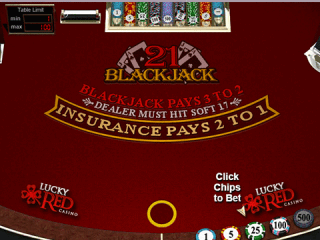 ou’ll have players trying to cheat the games whenever you have casino games, and roulette is no exception. Roulette is a game in which thousands of players have tried to cheat throughout history – although it’s fair to say that most have done so unsuccessfully. However, Roulette cheating is possible – and on this page, we’ll show you some of the most common ways players have tried to cheat the Roulette wheel in land-based casinos.

Blackjack vs. Poker: Which Has the Best Odds?

Regardless of whether you are a seasoned gambler or brand-new to the thrills of gambling online, you may have asked yourself which game is better to play; Blackjack or Poker?

Why are Casino Card Tables Green?

Today, land-based casinos are a big part of gambling culture; the gaming tables are a crucial figure in all land-based casinos; whether you’re playing blackjack, roulette, baccarat, or other casino table games, the green color has become synonymous with gambling in general.

Online blackjack is one of the world’s most common and popular casino games. Online blackjack combines the exciting nature of card games with simplicity, making it a popular choice among players of all ages and abilities.

When To Surrender In Blackjack

Many online casinos (and some land-based casinos) offer you the chance to surrender in Blackjack. When used correctly, surrendering can help you to decrease the house edge. 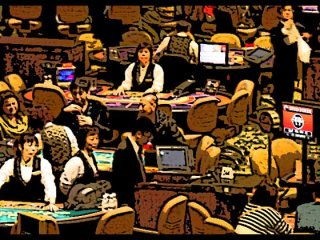 In life, we usually take out insurance to help mitigate against the potential financial impact of something terrible happening.

How to Calculate Roulette Payouts

Calculating roulette payouts are, generally speaking, pretty straightforward. Usually, you only need to multiply the amount of money you have on a number by the payout. On this page, we will look at roulette payouts in depth. We will also look at some of the different roulette bets, including methods to calculate the payouts. 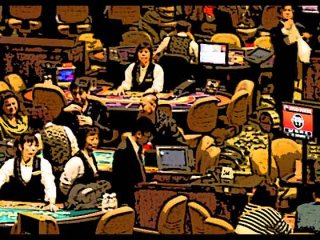